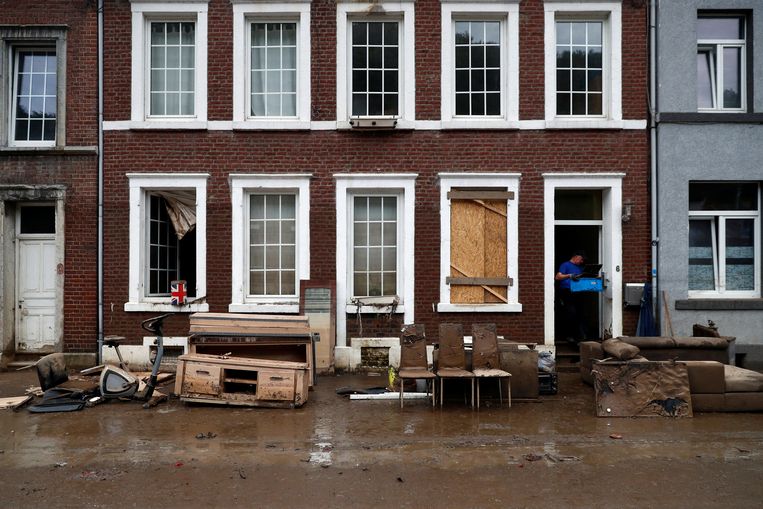 Several roads are flooded in the Belgian province of Namur. Bad weather spreads over Belgium from Antwerp and Flemish Brabant and breaks out in Wallonia around 8 p.m.

Several roads in the province of Namur are under water. Firefighters are busy with reports of flooding across the province. In the provincial capital of Namur, a wall collapsed due to a small landslide, elsewhere in the city a health center was evacuated.

Bad weather spreads over Belgium from Antwerp and Flemish Brabant and breaks out in Wallonia around 8 p.m. Later in the evening, areas hit hard by flooding last week also faced new storms. There have been major mudslides in parts of Walloon Brabant, emergency services report. Chaumont-Gistoux, Walhain and Wavre in particular had to cope with heavy rainfall. In some streets of Walhain, the mud reached a height of five feet. Firefighters try to clean up the mud.

The governor of the province of Liège has called an emergency meeting to prepare measures against further flooding. Emergency services, firefighters and shelters are ready to help. Resident evacuation plans are also ready.

The VRT reports that above previously hard-hit places, such as Pepinster, a drone with a loudspeaker was deployed on Saturday afternoon to call on residents to search the first floor of their accommodation or to leave.

⛈ Images of the major urban floods that occurred in Dinant (Belgium) this Saturday evening. The storm dumped 50 to 70 mm of rain in 1 hour! (video @nolwynnn) pic.twitter.com/3QqPDGAvFj

During the night from Saturday to Sunday, the calm will become calmer, but heavy rain showers are again expected from Sunday afternoon. The KMI Weather Institute then gives the yellow code for all provinces and the capital Brussels from around 1 p.m. to 9 p.m. It could also rain heavily early next week.

The Central and West Brabant security region has received several reports of flooded streets and cellars, a spokesperson said. Especially in the municipality of Steenbergen, north of Bergen op Zoom in North Brabant, a lot of rain fell. A lot of water also fell in the village of Kruisland near Roosendaal. “We ask you to avoid Kruisland as a number of streets have become impassable due to extreme rainfall. Emergency services are on hand to help cope with the flooding, ”tweeted the BOA municipality of Steenbergen.

Heavy rains also fell in a number of places near North Brabant. For example, video footage shows water in Oud-Vossemeer rising above the wheels of cars. The Zeeland Safety Region said it had not yet received any high water reports.