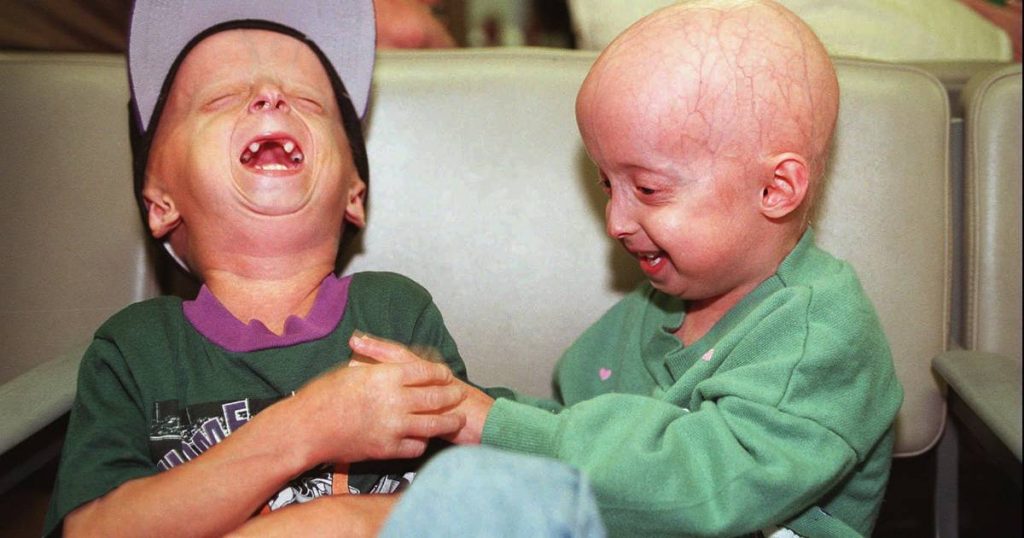 One mouse is bent over, barely moving and is gray in just 7 months, the other is still delighted with a healthy black coat. New scientific study results raise hope in people born with progeria.

Hutchinson-Gilford progeria syndrome is a rare and fatal genetic disorder that affects approximately 1 in 20 million people worldwide. The wrong combination of letters in the genetic code – a TA that should actually contain a CG – causes the formation of an abnormal protein called progerin. This is toxic to the cells, causing the body of a progeria patient to age rapidly. They eventually die around the age of 14, usually from a heart attack or stroke.

In terms of correcting errors in our genetic material, the Nobel Prize-winning CRISPR-Cas9 technique will undoubtedly be spontaneously proposed as a candidate. Because with this one can quickly and inexpensively make changes to DNA. But the standard CRISPR-Cas9 is not particularly suitable for exchanging a single combination of letters. That is why scientists developed a modified version called the “Basic Edition” a few years ago. This uses CRISPR-Cas9’s programmable search mechanism, but will replace the error directly instead of cutting the DNA.

In the new study recently published in the leading journal Nature, researchers at Harvard University used the basic editing technique to change the TA mutation to a healthy CG in cells donated by progeria patients. This turned out to be successful, after which the scientists packaged the system and injected it into young mice with progeria. The results have been impressive and very promising. The treated mice lived on average twice as long as the untreated mice. This is because damage to the heart, which normally occurs with progeria, did not occur after treatment. The animals also looked healthier and moved more. Within months, one injection repaired 20 to 60 percent of cells in different tissues. At first glance, it doesn’t seem like much, but the end effect was greater as the unhealthy cells died, leaving only healthy cells.

Scientists are very pleased with these results and will now further optimize the system to start clinical studies as quickly as possible. If the effect of this treatment can be confirmed in humans, it can mean a world of difference not only for people with progeria, but also for people who suffer from a disease caused by the wrong combination of letters in their genetic material.