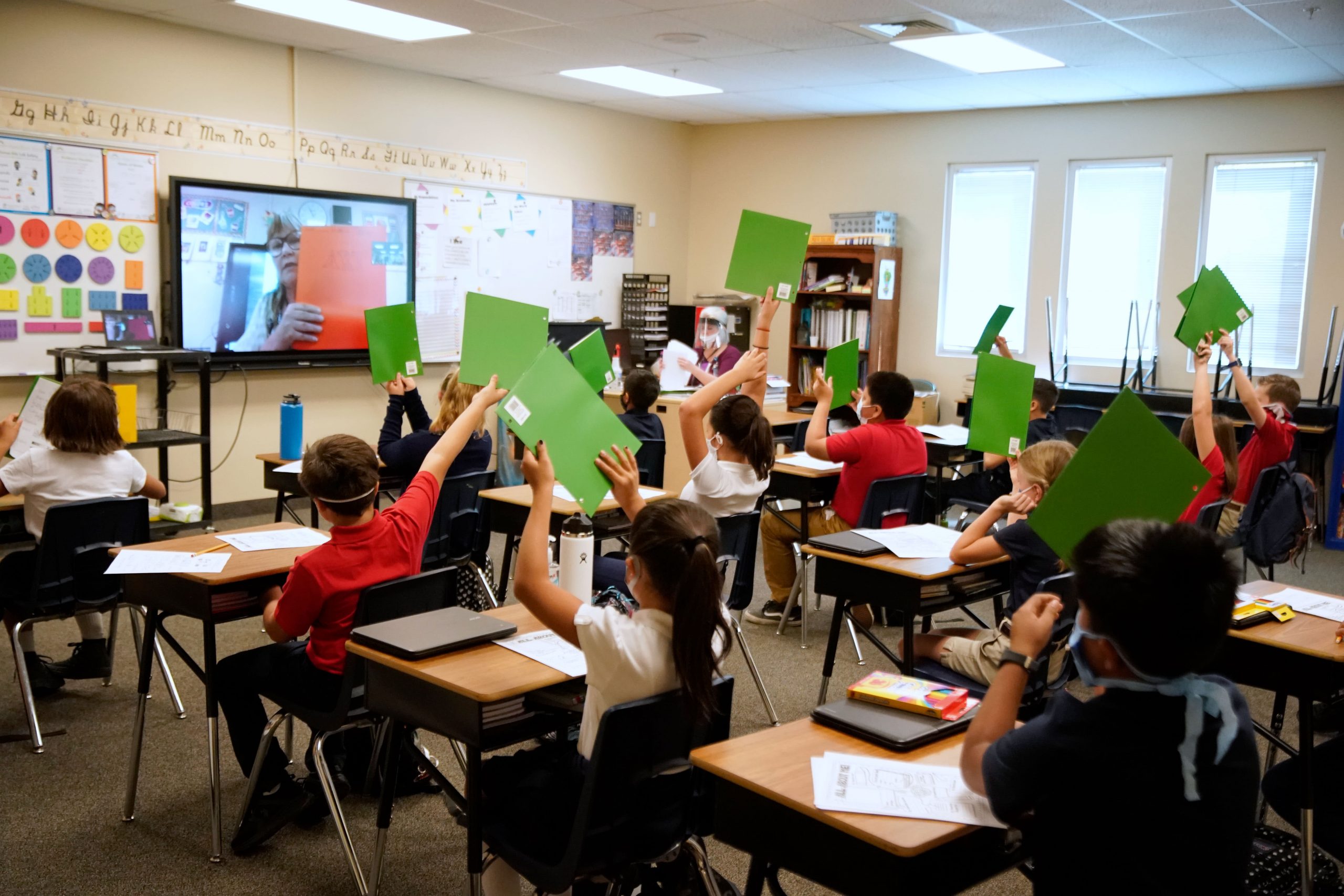 Thursday, August 20, 2020 Students wearing safety masks raise their hands in the classroom as a teacher teaches a distance lesson at a public charter school in Provo, Utah, USA.

The Organization for Economic Co-operation and Development (OECD) has warned of a disruption to children’s schooling in the wake of the corona virus outbreak, which means that global economic growth is averaging 1.5% lower at the turn of the century.

The Intergovernmental Economic Agency estimates that the loss of GDP, which measures economic growth, is equivalent to the total economic loss of the United States of $ 15.3 trillion.

This prediction is assumed that American students recorded “corona-induced abilities” in one-tenth of a standard deviation, and based on that all partners returned to previous levels.

The OECD paper, Released on Tuesday, citing third-party data, estimating how the loss of students by one-third of the school year could affect the global economy in the long run.

It was estimated that this loss of time in the classroom would lead to a loss of skills, and this would negatively affect productivity. As a result, the OECD estimates that the total cost of schooling will be 69% of the current GDP.

Of course, this prediction assumes that only the co-operation of current students will be affected by the closures and that future students will resume normal schooling.

The OECD said the losses to economic growth would be “proportionally higher” if schools were to slow down to “previous performance levels”.

For months, the vast majority of children around the world go home, and many schools are only open to children of key workers. However, concerns have been raised that homeschooling during this period may increase the learning gaps already expressed by the epidemic.

According to the OECD, homeschooling is a time when educators are making a concerted effort to sustain learning, and children need to rely more on their own resources to study at a distance. In the meantime, teachers need to change the way they educate students in ways that do not train students.

In the absence of a widely available vaccine, one of the recommendations in the study to control further setbacks in education is to continue to develop the infrastructure for distance learning.

Beyond contagion, OECD said, “there are clear benefits to students expanding their learning time and opportunities beyond the school gate, which can be learned using a variety of distance learning approaches.”