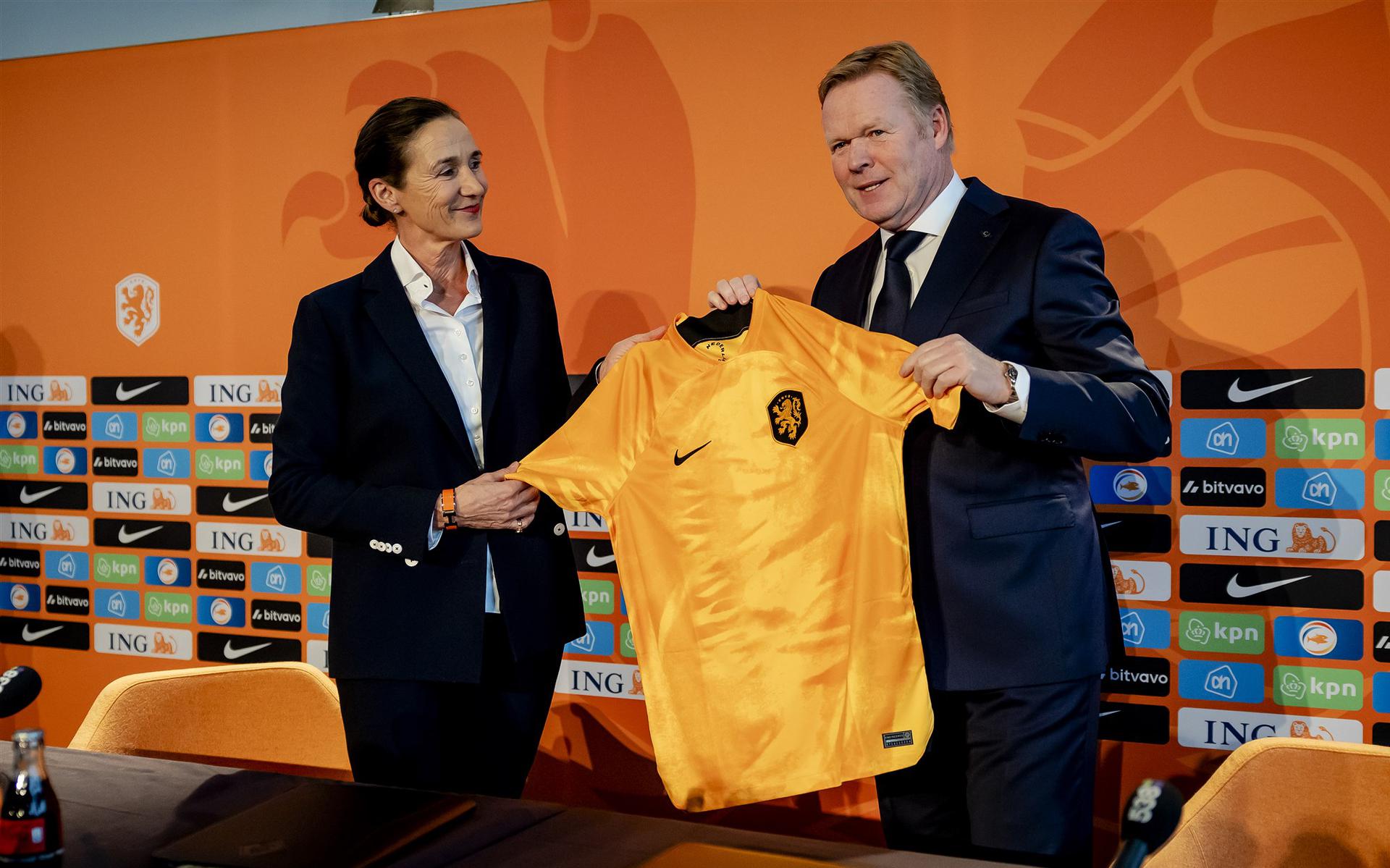 Ronald Koeman will again let the Dutch national team play football with four defenders. The returning national coach said so on Monday during his presentation in Zeist.

“In principle, we are returning to the system we played before,” referred to the period between 2018 and 2020, when he led the Orange team as a national coach for the first time. “I change my system sometimes, but we will form the basic system with four defenders.”

Louis van Gaal, Koeman’s predecessor, played Orange football with three centre-backs and two attacking backs in recent years. According to him, it was the only way to become world champion. With Van Gaal on the bench, the Netherlands were eliminated by Argentina in the quarter-finals of the World Cup a month and a half ago. The future world champion took better the shots on goal after a tie after regulation time and extra time (2-2).

Koeman also occasionally let the Orange play with five defenders in his first international appearances as a national coach. “But we also encountered problems a few times. We were sometimes short of players in other positions on the pitch. I have already spoken to some players, it was also about the system. Just ask them what they think. »

Koeman was first appointed national coach of the Dutch national team at the start of 2018, succeeding Dick Advocaat. Under the leadership of his predecessors, the Orange team failed to qualify for the 2016 European Championship and the 2018 World Cup. With Koeman on the bench, the national team reached the final of the League of Nations.

The former Speed, Ajax, Benfica, PSV, Valencia, AZ, Feyenoord, Southampton and Everton manager also led Orange to the 2020 European Championship, which was only played in the summer of 2021 due of the crown.

Koeman had already left by then. The former defender has accepted an invitation from his dream club, FC Barcelona, ​​to work there as head coach. He signed for two seasons in Catalonia, but was dismissed after more than a year.

Up to and including the 2026 World Cup

Koeman will return to the bench with Orange on March 24 in the away game against France. This is the first qualifying match for the 2024 European Championship in Germany. Greece, Ireland and Gibraltar are the other opponents of the Netherlands in the group. The Dutch will face off in their own country for the Nations League final victory next summer. Croatia, Italy and Spain also qualified for the final round.

Koeman will work at Orange with assistants Erwin Koeman, Sipke Hulshoff and Patrick Lodewijks. Koeman has a contract that binds him to the KNVB until the 2026 World Cup in the United States, Canada and Mexico.

National coach Ronald Koeman hopes he will be able to field a first regular goalkeeper for the Dutch national team for the time being. “It’s the ideal situation,” he said. “Certainly in this position you want someone who is doing well and can stay there.”

Under his predecessor Louis van Gaal, several goalkeepers defended the orange goal. Jasper Cillessen and Mark Flek ultimately did not go to the World Cup. Andries Noppert was the first goalkeeper for the Netherlands in the World Final in Qatar. Remko Pasveer and Justin Bijlow did not have playing time.

“We don’t have many better goalkeepers,” Koeman said. ,,But enough to make a choice for the top three. It has already come to the media that our goalkeeper coach Patrick Lodewijks visited Jasper Cillessen. He also visits the other Guardians. I always want to pick the top three goalkeepers. There must always be a struggle. It happens with Patrick’s ideas. He knows the most about goalkeepers. But I watch it too. We have never disagreed on this.