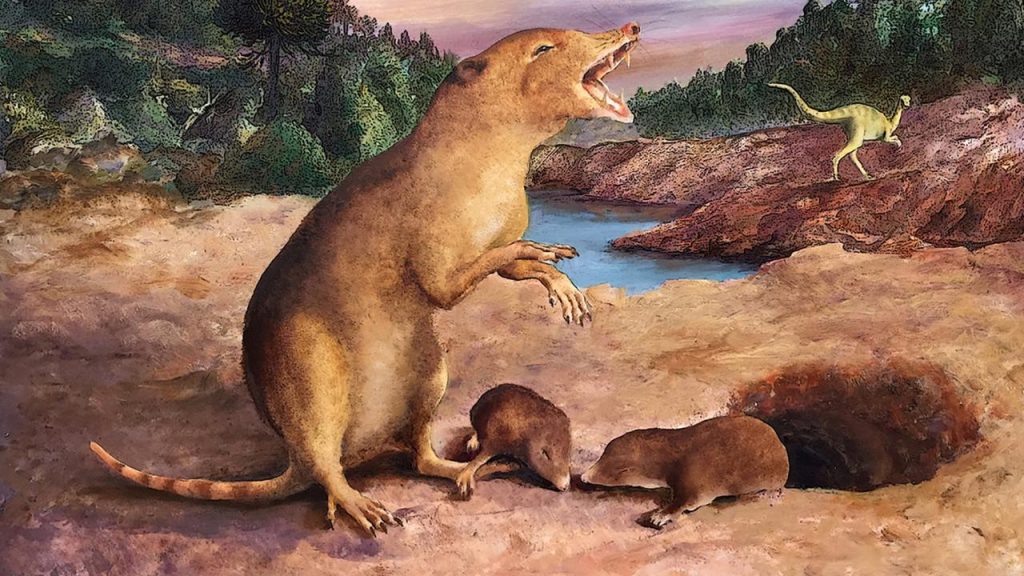 Scientists have identified the oldest mammal in the world, the Natural History Museum in London announced on Tuesday. The animal, which looks like a shrew, lived around 225 million years ago. That’s 20 million years earlier than the oldest known mammal.

The animal, Brasilodon quadrangularis, was about 20 centimeters long and lived among the very first species of dinosaurs. This is the conclusion of British and Brazilian researchers, who studied the fossil remains of the animal together for five years.

The creature has been labeled a reptile for many years, but according to scientist Martha Richter, the teeth being studied show something very different. “Reptiles have many different replacement teeth throughout their lives, but we mammals only have two sets,” Richter said. CNN.

In the first phase of life, it is the milk teeth, then a second set of teeth that replaces these milk teeth. Under the microscope, the researchers found parts of Brasilodon teeth that are only present in mammals. This makes the animal the oldest known mammal to date.

According to the researchers, this conclusion was not so easy to draw. Mammals are best identified by the glands they use to produce milk. But since they are millions of years old creatures, these types of glands have not been preserved. This is why researchers have studied bones and teeth.

That Brasilodon quadrangularis is now the oldest known mammal, scientists call a special discovery. “It contributes to our understanding of the ecological landscape of this period and the evolution of modern mammals,” Richter said.