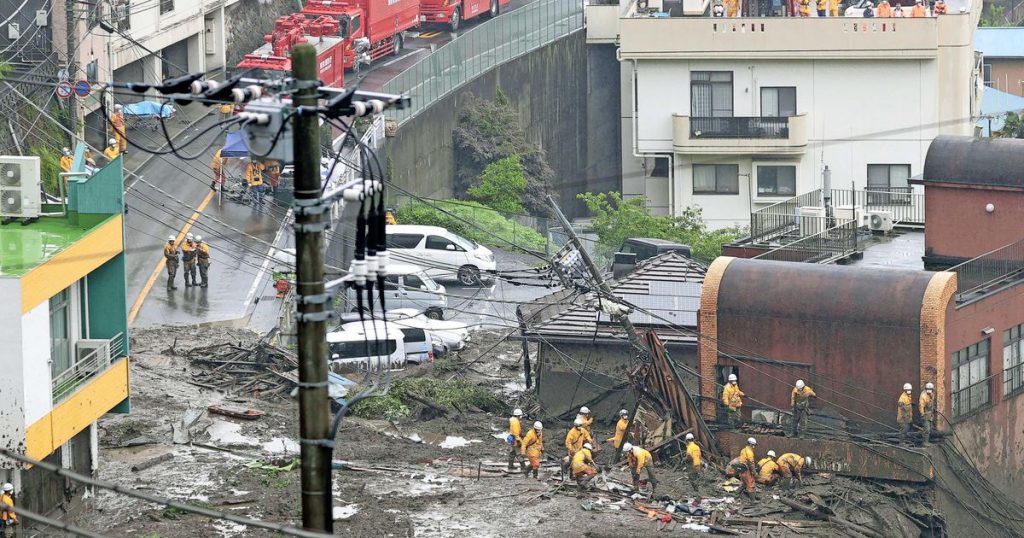 Sunday morning, according to the NHK channel, at least twenty people are still missing. Two women were killed in the mudslide on Saturday. Ten houses in the coastal town of Atami were destroyed and around 300 were damaged. Emergency services were able to rescue ten other people from their homes who were trapped by the natural disaster.

Due to the heavy rains, there are warnings for more landslides, also elsewhere in the country. In the 48 hours leading up to midnight on Saturday, 313 millimeters of rain fell on Atami. This is much more than the monthly average of 242.5 millimeters for the whole month of July.

The dead were found in the port of Atami town. Authorities believe the bodies were washed away by the mudslide.

Television footage showed the current sweeping through some buildings and burying others in Atami. People and emergency services can also be seen fleeing as the mudslide rolled down a hillside road.

“The state of health of 19 people is unknown,” said an official in Shizuoka prefecture in charge of relief after the landslide. The local government has requested military assistance for the rescue mission.

Most of Japan is currently in the rainy season, which often causes floods and landslides, forcing people to flee their homes.

The Shinkansen bullet train service between Tokyo and Osaka has been temporarily suspended due to heavy rains, while other local trains in the affected areas have also been closed, according to the websites of the railway companies.