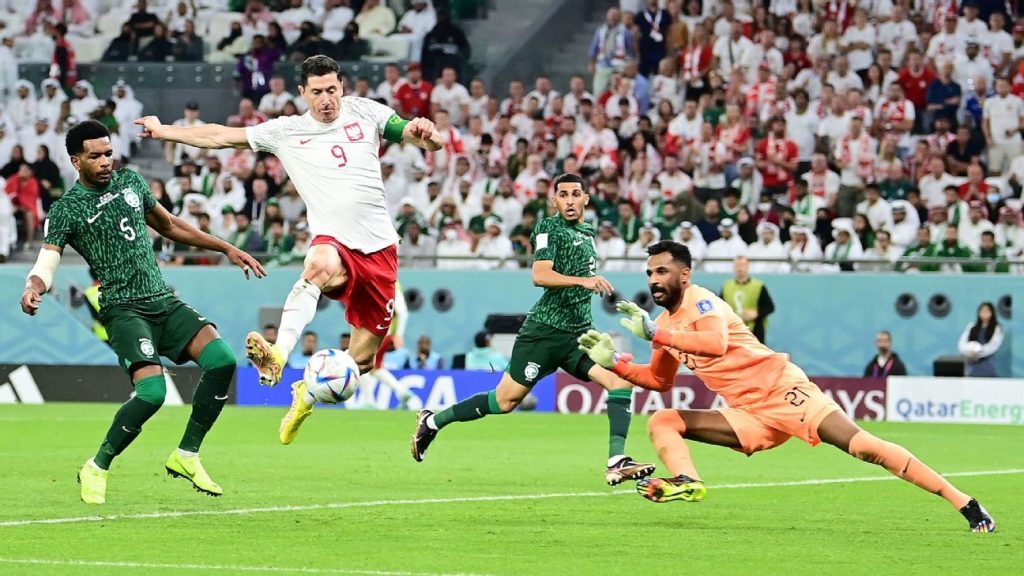 Poland opened World Cup Group C in full again with a 2-0 win over Saudi Arabia. The win leaves Poland in the lead with four points, followed by Saudi Arabia in second place with three points. Mexico (1) and Argentina (0) teams clashed today at 8 pm.

Shot just before the break Piotr Zielinski Poles ahead. Napoli’s attacking midfielder was able to fire in from close range after a good move from the Barcelona striker. Robert Lewandowski. Five minutes later, Saudi Arabia were awarded a dubious penalty. But Salem Al Tawsari, who scored the winner against Argentina, found Juventus goalkeeper Wojciech Szczesny in his path. The 32-year-old keeper also saved Mohamed Al-Breek’s rebound.

Saudi turned it on in the first fifteen minutes after the break. Hervé Renard’s team created chance after chance, but star Szczęsny always got in the way. In a rare Polish outburst, former Ajax player Arkadiusz Milik headed onto the crossbar and Lewandowski fired over the post. After another wave of Saudi attacks, Lewandowski sealed the match in the 82nd minute. The striker stole the ball from Abdullah Al Malki and slotted it under goalkeeper Mohammed Khalil Al Owais. It was his first career World Cup goal for the superstar.

Writing history
Both nations are still in contention to qualify for the round of 16 and hope to write history during this World Cup. Saudi Arabia have been waiting for a place in the next round of the World Cup since 1994, while Poland last survived the group stage in 1986. The 1970s and 1980s were the heyday of Polish football, with two third-place finishes (in 1974 and 1982) and two qualifications for the second round (1978 and 1986).

Busy Saudis
For Saudi Arabia, their first participation was in the 1994 World Cup in the United States, and their best ever result was achieved there. This competition started for Sons of the Desert With a sensational win over title holders Argentina, a national holiday and a Rolls Royce for every player as a result. The Biało-czerwoni (white-red) It started with a 0-0 draw against Mexico.