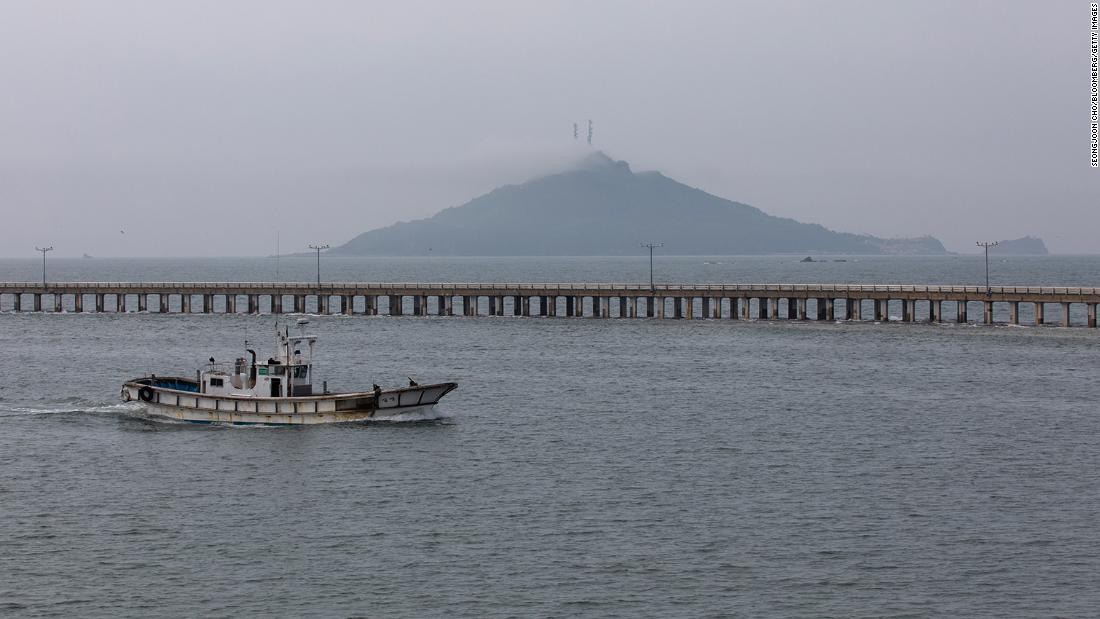 Lt. Gen. Ahn Young-ho, a senior official with South Korea’s joint leaders, said a worker from the Ministry of Maritime Affairs and Fisheries went missing on September 21 in water 1.9 kilometers (1.2 miles) south of the Yeonpyeong Islands. .

A Defense Ministry official told reporters that a ship owned by North Korea’s fisheries system was the first to find South Korea missing at sea near the islands. The spokesman said the man was on a piece of Plotsam large enough to support one person, was wearing a life jacket and was exhausted.

Later, a North Korean patrol ship opened fire on the victim, who was killed. Following this, a soldier in a gas mask and danger suit approached and burned the body.

In a statement, the South Korean military said it “strongly condemns the atrocities in the north” and called on Pyongyang to provide an explanation and punish those responsible.

“In addition, we strongly warn that North Korea is responsible for the atrocities against our citizens,” the statement added.

Co-ordination Ministry spokesman Yo Sang-ki said the incident “casts cold water on our enduring patience and effort for reconciliation and peace between the Korean nations, and goes directly against our popular longing for peace on the Korean Peninsula.”

Tensions have arisen Rising between North and South Korea Since the closure of relations between the two sides in June, after Pyongyang was first closed A joint liaison office exploded in Kaesong, A city on the north side of the border.

After years of good relations led by South Korean President Moon Jae-in, relations between him and North Korean leader Kim Jong Un have deteriorated as a result of historic meetings and summits between Kim and US President Donald Trump.

But those meetings ultimately did not yield significant results for all parties, and North Korea has taken an increasingly harsh tone toward its southern neighbors, including Kim’s sister, Kim Yo-jong. North Korea moved to a more influential position in the regime.
A South Korean citizen has been killed in the North In 2008, When a soldier shot dead South Korean tourists on the mountain. Kumkong Ski Resort. In 2010, 46 South Korean sailors And Two South Korean sailors and two civilians Killed by North Korea in separate incidents.

CNN’s James Griffiths and Joshua Berlinger contributed to the report.