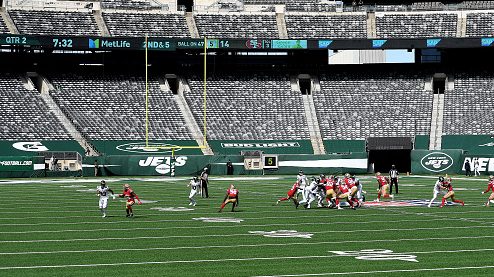 When it comes to the playing surface at Medlife Stadium, the league says everything is fine. The union says, “Not so fast.”

Yahoo Sports ‘Charles Robinson says the NFL Players’ Association for the 49ers-Jets game on Sunday “approves a full investigation into whether the surface may have been improperly certified.”

As noted yesterday, the league’s knee-jerk credentials in standard field-certification processes have been in use for many years without noticing the reality that sometimes fields are less than ideal.

“Even though the floor passed the minimum safety test last week, that does not mean the surface is necessarily safe,” the source told Robinson. “So, this week we’ll see what the effect is when they look at it again meticulously.”

Again, what is the harm in carefully and deliberately inspecting the playing surface? If it’s good, it’s good. If it doesn’t, it’s good to know it before another injury, especially since 49 players will be playing there again on Sunday.