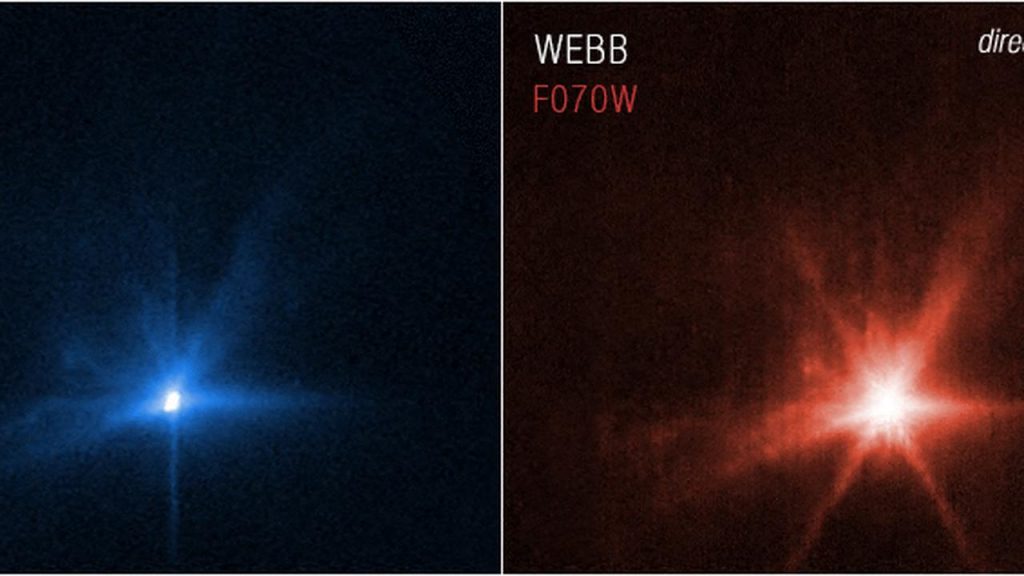 NASA on Thursday shared new images from this week’s collision between a space probe and the asteroid Dimorphos. The images were taken by the James Webb and Hubble space telescopes. Astronomers say the impact of the collision was much larger than expected.

Telescopes on Earth also recorded the collision this week. These images already showed a huge cloud of dust rising from Dimorphos after the spacecraft landed on the asteroid. It also showed how fragments spread over an area of ​​thousands of miles.

The James Webb and Hubble – telescopes that float in space – examined the scene more closely and were able to zoom in much further. This gave astronomers the ability to see the collision just a few miles away.

According to the astronomers, the new images very clearly show how material is expelled from the asteroid when the probe hits. “The impact seen in the images appears to be far greater than we expected,” said Ian Carnelli of the European Space Agency (ESA).

Maybe a broken piece of Dimorphos

Carnelli is leading the Hera mission, in which a spacecraft will be launched in 2024 that will examine the aftermath of the impact. Hera is expected to arrive in Dimorphos in 2026.

ESA planned to study a crater with a diameter of about 10 meters in advance. “Now it looks like it will be much bigger. If there is a crater, maybe a piece of Dimorphos broke off,” Carnelli said.

Dimorphos, the space rock that was struck 11 million kilometers from Earth, posed no danger to our planet. NASA’s goal was to push the asteroid out of orbit through the universe. Astronomers hope to make a first estimate within a week to find out if it was successful. A precise measurement will follow in three or four weeks, according to Carnelli.