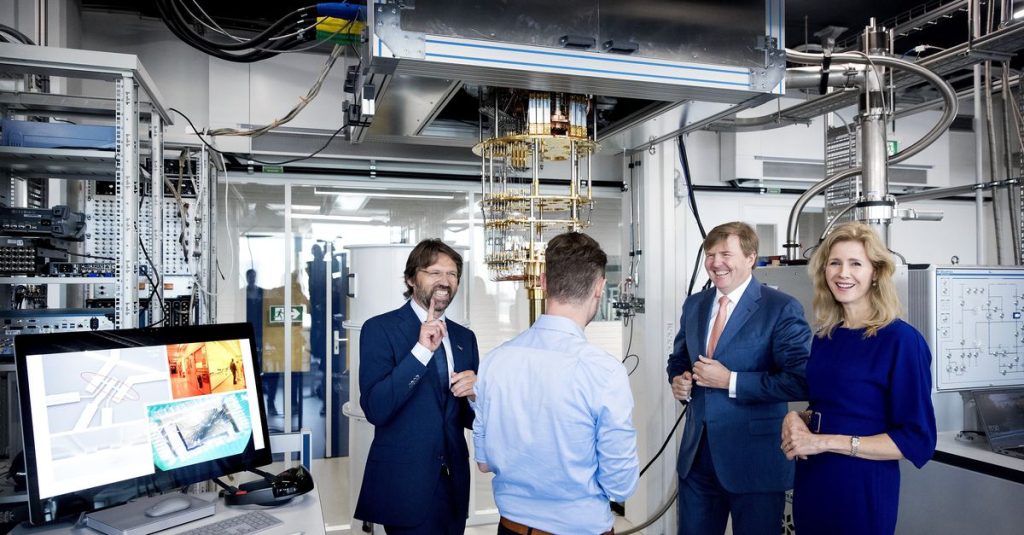 For the second time, a scientific publication from the research group of Delft quantum researcher Leo Kouwenhoven removed from the magazine Nature† Research data incorrectly omitted from key figures. Researchers from Eindhoven University of Technology also participated in this 2017 study.

Beginning of last year deleted the magazine Nature already a 2018 publication by the Kouwenhoven research group. The authors also indicated that there were issues with data processing. The TU Delft then launched two integrity investigations into the working method within the research group. These investigations are still ongoing. Nature the second study was withdrawn.

Kouwenhoven is a recognized quantum researcher. He is a professor at the TU Delft. In 2007 Kouwenhoven received a Spinoza Prize for his research. In 2016, he became director of a new laboratory on the campus of TU Delft, where the quantum computer of the technology company Microsoft was under development. Kouwenhoven left Microsoft last month. Kouwenhoven says his departure has nothing to do with the withdrawn 2018 study, the professor said know before†

Kouwenhoven has been looking for stable majorana particles since 2010. In theory, these can be used as qubits (bits that a quantum computer uses for calculations). Theorists say they exist, but experimental evidence is still lacking.

Kouwenhoven and his colleagues are trying to find majorana particles with nanowires, wires fifty times thinner than a hair. In the 2017 study, which has now been deleted, Kouwenhoven’s research group described a material for generating majorana particles that it developed with Professor Erik Bakkers of Eindhoven University of Technology.

Bakkers’ group in Eindhoven specializes in nanofabrication. For majorana research, the Eindhoven group has produced a network of nanowires. Kouwenhoven’s group in Delft investigated the suitability of the nanowire network for generating majorana particles. In the publication, the researchers claimed that it is indeed a perfect material with which to generate majorana particles for quantum computers in the future.

But this claim is now being questioned. Last week, the study authors drew publication back from Nature due to data processing issues. Cut and paste a number of graphs and data contradicting the claim have been omitted from the post. All 25 co-authors accepted the decision to withdraw the article accordingly.

“It is very disappointing that the study has been withdrawn,” Bakkers responds. “But I’m still behind the work we’ve done here in Eindhoven. I’m still proud of it. Kouwenhoven did not respond to a request for comment. A TU Delft press officer says she cannot comment on the subject due to absences due to the May holidays.

In the retracted 2018 study claims Kouwenhoven and his colleagues found the marjoram particle. It was world news at the time. But former Kouwenhoven employees Vincent Mourik and Sergey Frolov saw that, also in the 2018 study, the data had been pasted and cut. External experts to whom the TU Delft sought advice concluded in a report that there was no intent, “but the authors’ enthusiasm was blind to the data which did not show what they hoped for.”

Are the results of one of the two integrity studies the reason researchers pulled a study from Nature for the second time? Bakkers thinks not. “When the first study was dropped last year, the authors, on their own initiative, scanned dozens of studies for errors. Including our 2017 study. is in progress, we are not authorized to say more.

Former employees Mourik and Frolov say they found problems in at least two other studies by Kouwenhoven’s research group. What will happen with that is still unclear.

Kouwenhoven will remain a professor of physics at the TU Delft without an appointment for the time being. This means that he is not paid by the university. This is still the case, confirms QuTech, the quantum institute of TU Delft and TNO. Kouwenhoven now supervises twelve PhD students at QuTech.

A version of this article also appeared in the newspaper on April 26, 2022