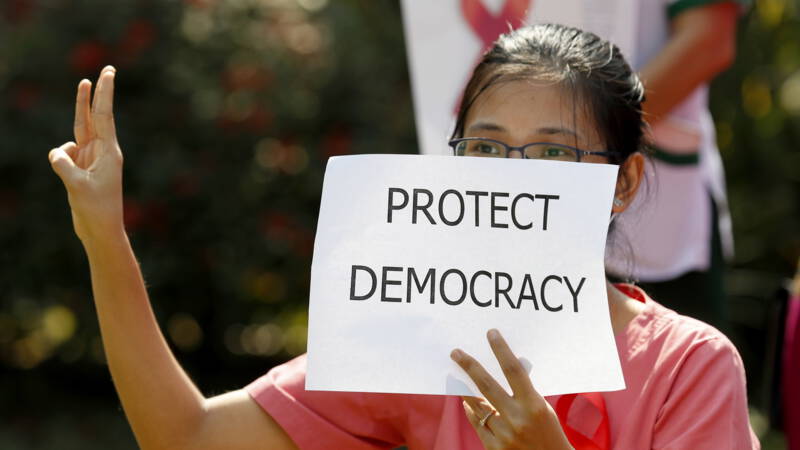 Young people are particularly concerned about education. “Under the military dictatorship, education was very poor and mostly focused on tagging facts,” Sai says. He just finished his masters as an English teacher and now teaches.

“In recent years, education has improved a lot and is much more student-oriented than teacher-oriented. A good education is extremely important for the future of our country and therefore these developments should not be reversed . “

“The government also provides free education in public schools and it is possible for students to receive scholarships,” Mang says. “It also makes it easier for us to study abroad,” Moe adds. Young people fear that the army will go back ten years and put an end to these developments.

The coup brought back painful memories in 1988 for many Burmese, when the population revolted against the regime of dictator Ne Win, who had ruled the country since 1962. It was the students who led the protests to the time.

The army quelled the rebellion. Thousands of people died and a period of strict military rule followed.

“The bloody uprising of 1988 came to mind right away,” La Min says. “It is a wound that still bleeds in the hearts of the Burmese people.” Even though the young people did not experience the protests themselves, they heard the stories and saw the pictures. In fact, they are now sharing these images on social media.

“We don’t want history to repeat itself,” says Mang.