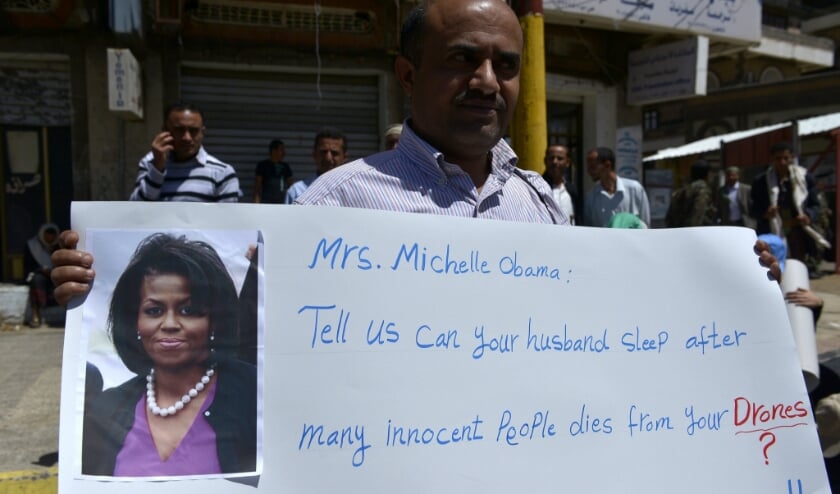 American Muslims are divided over Joe Biden’s election victory, according to a tour of Islamic opinion leaders. For example, whether there is a Democrat or a Republican in the White House makes little difference to foreign policy. “America is a militarized empire,” observes Omid Safi.


A Yemeni takes action against President Barack Obama’s drone attacks in 2013. With these attacks, Obama has alienated many Muslims in his own country.

Joe Biden is the lesser of two evils. It’s not Donald Trump. So the judges Yasir Qadhi the results of last month’s presidential elections. The American Islamic cleric is one of the most influential conservative voices in his country.

Muslims have become more visible in the United States in response to Trump’s presidency. Politicians like Ilhan Omar and Rashida Tlaib, both Muslims and Democrats, are prominent newcomers. Muslims were more involved than ever in the November elections.

However, there are also Muslims who voted for Trump. One of them is Abdullah b ..