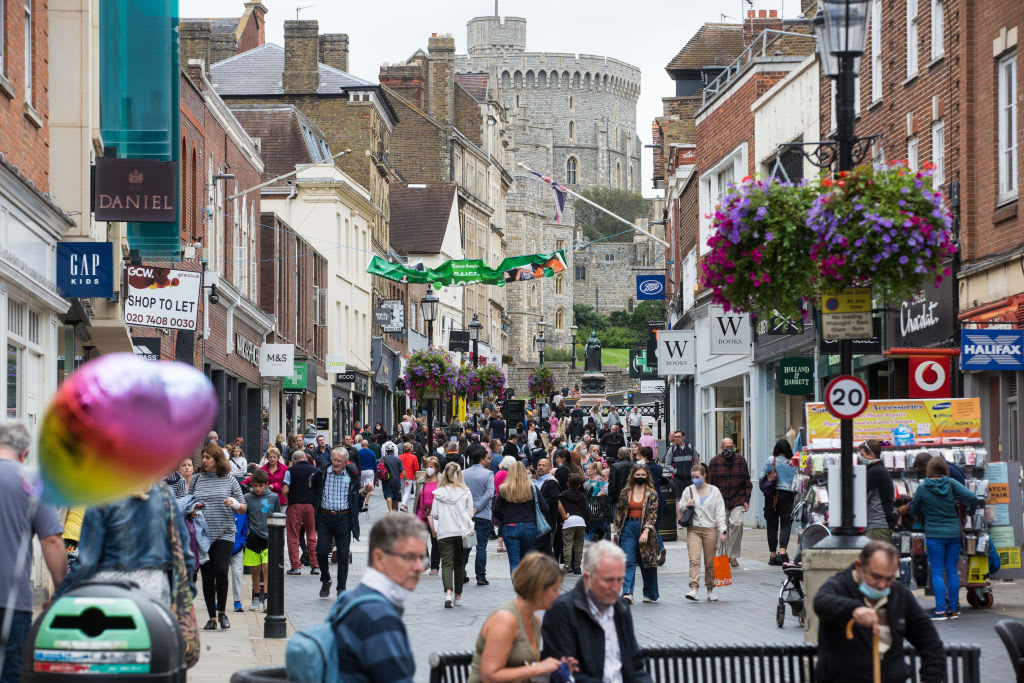 Locals and visitors alike shop on Beascott Street in Windsor, UK on 27 August 2020.

The so-called “silent spreaders” of the corona virus may be more common than previously thought, with a UK study finding that more than two-thirds of those tested positive for the virus were asymptomatic on the day a test was taken.

Researchers at University College London have been collecting data collected by the Office for National Statistics, the UK’s statistical body, which continues to collect corona virus test data from thousands of British families during epidemics as part of its “epidemiological study”. The survey tests homes to see if there are any symptoms.

The study examined 36,061 individuals who underwent coronavirus testing as part of an infection study from April 26 to June 27, 2020. It was found that 86.1% of those tested positive for the virus did not report “core”. Symptoms associated with the virus (cough, fever or loss of taste and / or odor) on the day they were tested. Of the 115 people who received a positive corona virus result, only 16 reported the main symptoms that we associate with the virus.

Researchers Irene Peterson and Andrew Phillips concluded in a study published Thursday in the journal Clinical Epidemiology that “Covit-19 symptoms are the worst markers of SARS-CoV-2 (new corona virus).”

“It is important to diagnose infections to reduce the spread of SARS-CoV-2. However, little is known about the rate of infection being asymptomatic and” silent “transmitters,” the researchers said.

They argued that the results of the study needed a more comprehensive experimental program to capture the “quiet” spread and prevent future eruptions.

Experimental regimes have had mixed success in Europe. Although Germany was praised for its comprehensive testing program and tracking and tracking system, the UK took some time to increase the range of tests, and pressure was mounting due to the rapid increase in demand for tests and delays in processing.

The release of the UK Track and Trace app was also delayed and the government most recently fired when it emerged that thousands of positive cases had been “missed” due to data errors.