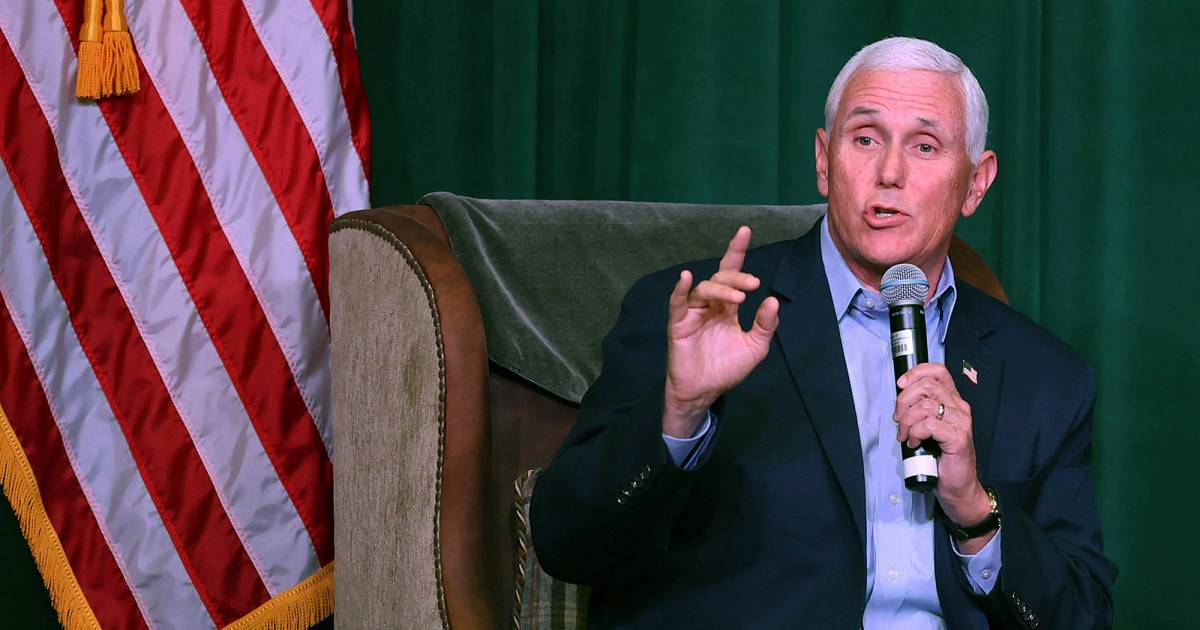 To updateSecret documents have been discovered at the home of former US Vice President Mike Pence in the state of Indiana. It happened last week, his attorney said in a statement. Republican Pence served as President Donald Trump’s right-hand man from 2017 to 2021.

About 10 documents were reportedly found by Greg Jacob, Pence’s attorney, who then reported the discovery to the National Archives. The AP news agency quotes Jacob’s statement to the archives: “It appears to be a small number of documents with secret marks that were accidentally packaged and transported to the former vice president’s personal home at the end of his last term.’ reads the letter.

Pence was “unaware of the existence of any sensitive or classified materials in his personal home,” the attorney said, “understands the great importance of protecting sensitive and classified information and is prepared to cooperate fully with the Archives. national and any other investigation”.

The FBI federal police allegedly took the documents. In conjunction with the Justice Department, an investigation has been launched into how the documents ended up at Pence’s private home. According to sources, Pence had his lawyer search several boxes of documents for potentially classified copies. We still don’t know what’s in the documents.

The former vice president told AP in August that he took no secret documents with him when he left office.

Former President Trump is in legal trouble because he brought home more than 300 classified documents from Washington after his resignation. The Department of Justice is investigating the case: Trump deliberately took the documents. Trump’s files may contain nuclear secrets, US media have reported.

Biden himself also criticized this. But this month, we learned that in November and January secret documents were found in his garage and home three times. They date from when Biden was vice president under Barack Obama (2009-2017). Pence may have taken action after these latest findings.

Under U.S. law, the records of the president or vice president must be turned over to the U.S. National Archives after term. By law, it is an offense if these documents are stored in other places.