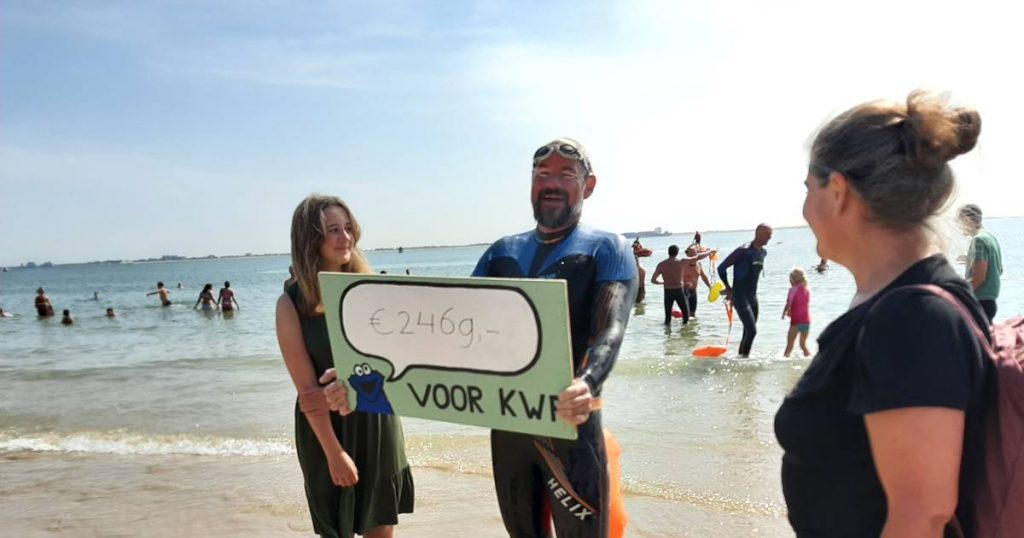 WITH VIDEOVLISSINGEN – Sea swimmer Gertjan Nieuwenkamp from Middelburg has his around Walcheren about 50 kilometers finished without any problems. At half past five he was greeted by a large group of relatives and friends on the Badstrand in Vlissingen on Sunday afternoon.

Nieuwenkamp (52) jumped into the canal near Vlissingen shortly after five o’clock on Sunday morning. After crossing Middelburg and Veere, he had to “snap” through the Veersedam, after which he plunged into the sea. From there, there were still 30 kilometers outside. Because of the high tide, he had the excess current with him.

“In Domburg I had a little sore shoulder, but I still managed to swim,” said the endurance athlete. “It went very well along the way. The weather was good, there were few waves in the sea and I was guided very well by a group of swimmers. It was incredible.”

Nieuwenkamp, ​​who also swam 30 kilometers along the coast in October 2021, raised 2,460 euros for KWF Cancer Control with his monster tour. This is a provisional score, donations can still be made.

“I don’t want to think about swimming for a while in the coming week and hopefully I won’t have to use sports gels for the next six months because I’ve had enough,” Nieuwenkamp said. ,, I will also feel my muscles on Monday. Right now I’m completely euphoric and I think that smile is going to stay on my face for a while.