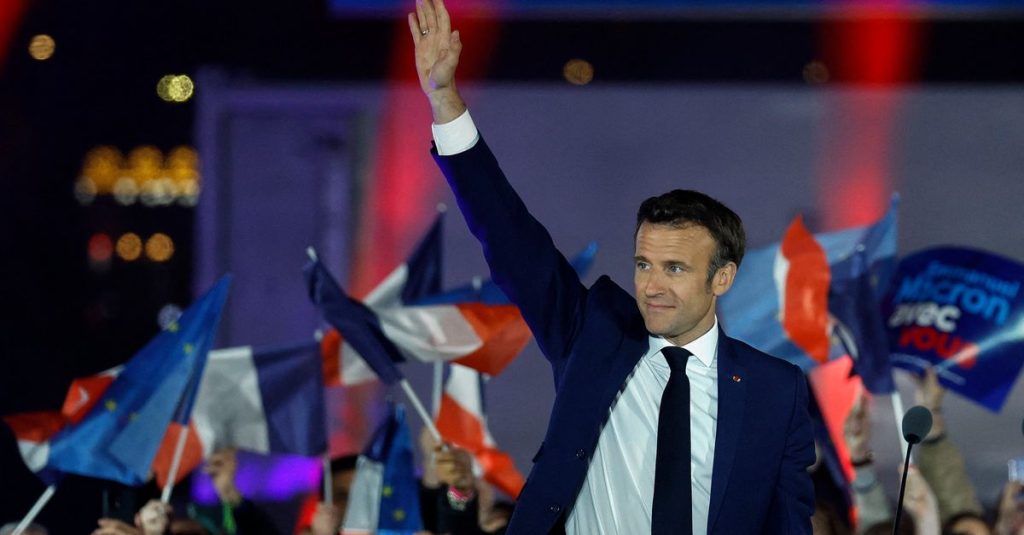 In times of uncertainty, France opted for continuity on Sunday. Emmanuel Macron is with 58.5% of the vote reelected president. This result avoided a major change of course not only in France, but also at European level. For Macron’s nationalist-populist challenger, Marine Le Pen advocated a European policy so radically different that the effects of his election would be felt across the continent.

While Le Pen argued for a “Europe of nations” in which France would operate more sovereignly, Macron will focus in the coming years on strengthening the sovereignty of the EU as a whole. And while Le Pen wanted to approach nationalist governments in Poland, Hungary and possibly Russia outside the EU, Macron values ​​closer ties with Germany.

The President of the European Council Charles Michel reacted with relief: he declared that Europe “can count on France for another five years”. And German Chancellor Olaf Scholz tweeted Macron’s voters raised a “clear voice in favor of Europe”. Relief also prevailed among members of Macron’s centrist party, La République en Marche. French flags were danced, kissed and waved during an election event under the Eiffel Tower in Paris. Daft Punk’s “One More Time” blared from the speakers.

Also read this profile of Macron: The French find Macron charming and arrogant, but also a good crisis manager


Yet the president begins his second five year term not with a clear sky. On Sunday, a higher percentage of French people than ever (41.5%) voted for a nationalist-populist candidate. Turnout was also exceptionally low: nearly one in three French people chose to stay home in the second round. That made it the lowest turnout percentage in decades. Moreover, some of the voters who voted for Macron did so only to prevent Le Pen from winning.

Macron is aware of his vulnerable position: in his victory speech he spoke of the “doubts and divisions” that exist and called for solidarity. “From now on, I am no longer the candidate of one camp, but the president of all.” To ease tensions, he had previously announced that he more in conversation will deal with citizens and local authorities. He also said he was ready to review his much-criticized pension reform. For appeal to green voters he promised that his prime minister would be directly responsible for climate policy.

Not all French people will be convinced. French mistrust of “politics” has increased considerably in recent years, according to all kinds of polls† Macron fueled this mistrust by breaking a number of promises. Because in 2017 he also promised golden mountains in the area of ​​governance culture, pensions and climate, but in practice these have hardly been realised.

Read also : Five years of Macron: the president of the rich has gone through crisis after crisis


It is therefore entirely possible that some of the voters who stayed at home or who voted for Macron with a proverbial clothespin on their nose, will make it difficult for the president in the June legislative elections. Because if the president loses his majority there, Macron will have to work with a second party, which in the case of such a so-called cohabitation the prime minister can deliver. In such a situation, the president loses a significant part of his political weight.

This second party could have a significant impact on politics over the next five years, and the losers are well aware of that. Le Pen said on Sunday evening that “anyone who has the courage to oppose Macron” should vote for his party in June. Electoral tensions will therefore continue to sizzle in France for a while yet.

Update (April 25, 2022): This article was updated on Monday, April 25 with the final presidential election results.

A version of this article also appeared in the newspaper on April 25, 2022