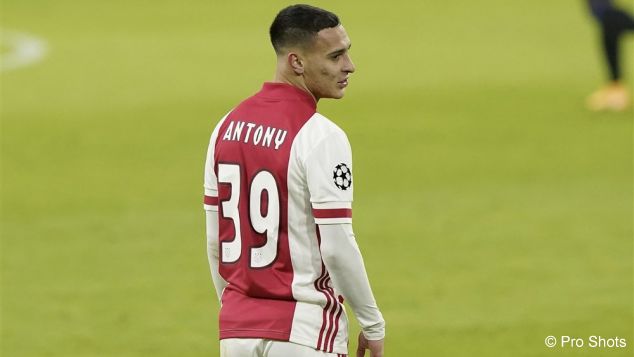 The gentlemen of Veronica inside are full of praise for Antony. They see the winger as a player who can make it very difficult for many opponents from his first season at Ajax.

“I think this boy is so good. He’s also very young, ”said Wim Kieft on the show. “What I like to see about him is that he uses his speed. He often comes in where he has doubts, but if there is room and he leaves, then he cannot be stopped. It also has a time control over the speed. In addition to being talented, he also has power in his game. This is not student football.

His colleague Johan Derksen agrees with Kieft’s comments and goes further. “ As a left-back you have a sleepless night if you have to play against him the next day. If he has any space, he’ll wipe you out of the game altogether. These other Ajax players only offered themselves so close to him that there really was no way to go.

Finally, René van der Gijp is also positive on the Brazilian dribbler. He has high hopes for him, especially from next season. “I’m not saying he’s doing it this year, but if he’s really acclimatized he’ll score 20 goals next year. Comfortable.