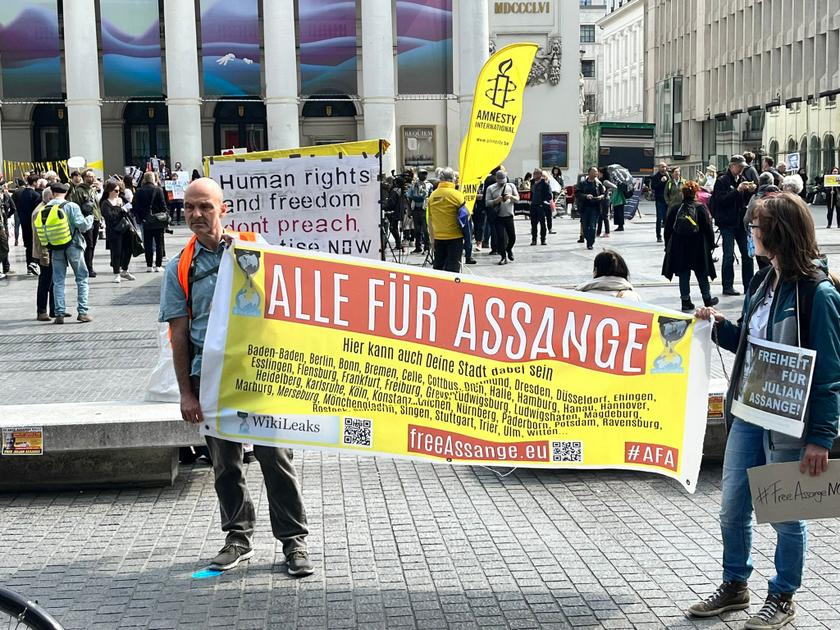 Several hundred people attend a meeting for Julian Assange at the Muntplein in Brussels on Saturday afternoon. Activists are demanding that the United Kingdom reverse its decision to extradite Assange to the United States. “What is happening to Julian Assange is an attack on press freedom,” says Mary-France of the Comité Free Assange in Belgium.

Julian Assange, the Australian founder of the whistleblower WikiLeaks, is suspected in the United States of leaking classified documents about the wars in Iraq and Afghanistan.

As a result, he would have been responsible for the deaths of informants from the U.S. Armed Forces. He could face up to 175 years in prison in the United States.

“We want to push the EU and European countries into action to support Julian Assange,” said Mary-France Depress. “England cannot deport him. If US President Joe Biden speaks out about his support for press freedom, he will drop the case.”

“Democrats like the United States must handle criticism. When journalists like Julian Assange expose abuse, those abuses must be addressed, not journalists.”

‘We will not give up’

“In the meantime, we have not given up hope,” says Mary-France Depress. “The British Home Secretary has not yet signed the extradition order and Julian Assange’s lawyers are still preparing for the appeal.”