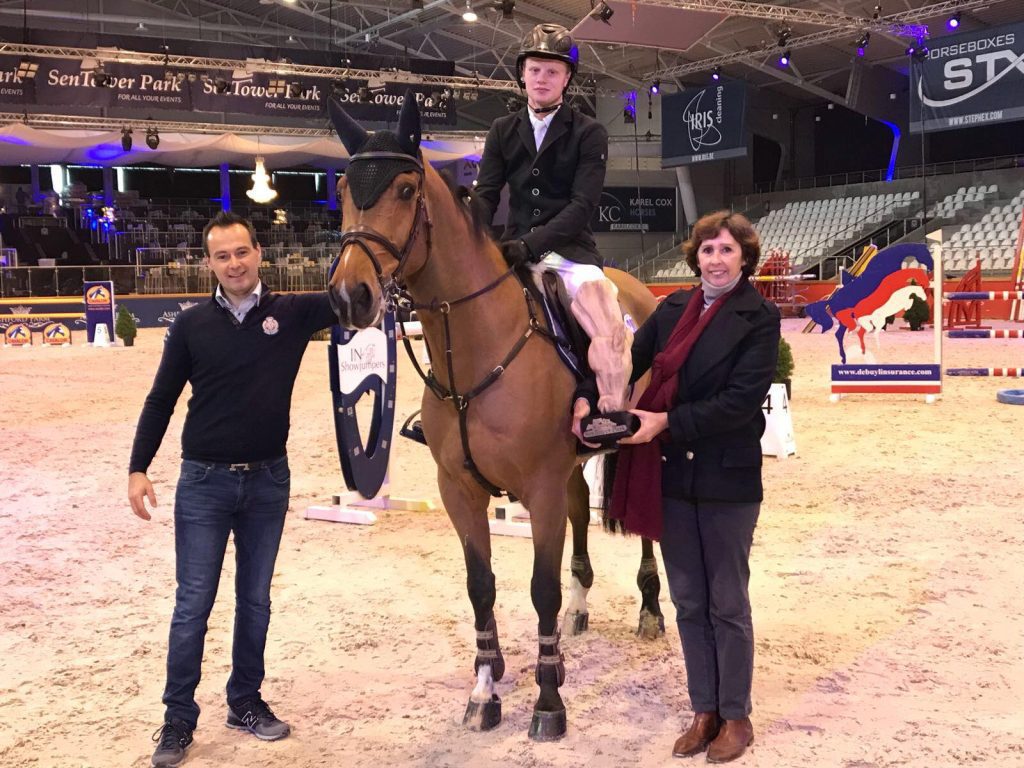 During the Grand Prix 1* du Jumping de Achterhoek, this time it was the turn of Hessel Hoekstra to keep the victory in his country. Hoekstra has set two courses out of the book with 7-year-old KWPN gelding Kalie S (Carrera VDL).

Of the nine combinations at the start of the jump-off, Hessel Hoekstra was not the fastest overall, but he was the fastest to zero penalty points. Lightning fast Bas Moerings was on his way to gold on the back of Kwik Tweet (For Pleasure), but had to settle for first place outside the top five after an unfortunate jumping error. A slightly more conservative time of 33.04 seconds, in which Kalie S, ridden by Hoekstra, effortlessly left the beams in the spoons, earned them victory. With sixty hundredths more on the clock, the Czech Kristyna Schütte won the silver medal on the saddle of the 8-year-old gelding Constakko’s Boy (Canstakko). Coming straight from New Zealand, Melody Matheson and 7-year-old KWPN Kentucky gelding Balia Nl (Carambola) took third place in 34.64 seconds.

The beautiful clear result of Lars Schröder and the 12-year-old Oldenburger stallion Colando 21 (Conthargos) earned them fourth place with a time of just over 36 seconds. Hong Kong’s Jacqueline Lai and 8-year-old KWPN mare Jasmijn (Starpower) finished in the top five in the slowest time with zero jumping errors.