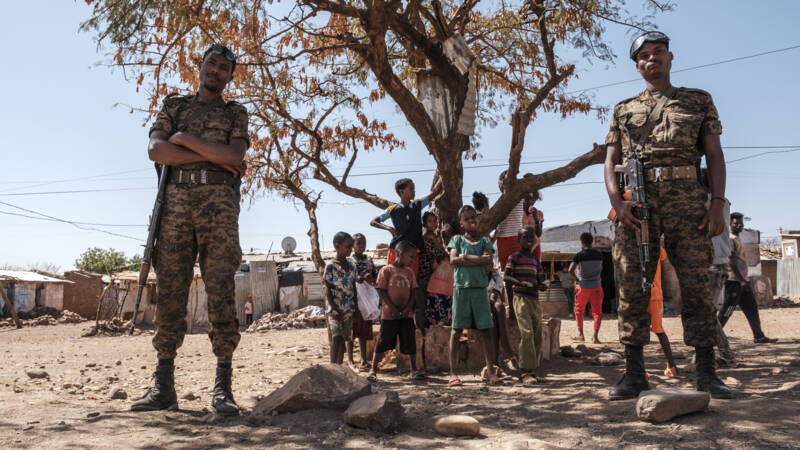 In the Ethiopian state of Tigray, a conflict has raged since the beginning of November in which hundreds of thousands of people have been displaced. It’s a closed-door war because no one knows exactly what’s going on in the region. There are credible allegations of looting and murder, of kidnapped refugees and invasion of the army from neighboring Eritrea. Some even speak of genocide.

Although there is overwhelming evidence of a major humanitarian crisis, the Ethiopian government says there have been no deaths or Eritrean soldiers in Tigray. The government has locked the door, aid workers and journalists barely enter.

The United Nations Commissioner for Refugees, Filippo Grandi, knew that his visit to the region would be one of the most difficult of his career. Because how do you make the truth disappear without kicking your hosts? During his visit this week, the Ethiopian government allowed him to visit only one of the four main Eritrean refugee camps in Tigray.

Surrounded by Ethiopian officials, he must have discovered frightened refugees who remained behind if the Eritrean army had invaded and kidnapped camp residents. Grandi abandoned his diplomatic courtesies and then made a stern statement.

“The situation in Tigray is very serious and very urgent,” he said. And: “Many refugees got stuck in the fighting and were forcibly returned to Eritrea.” It is unusually simple for a diplomat.

Massacre in a church

A few days later, the UN Security Council in New York decided to talk about Tigray behind closed doors. Information was leaked after this meeting and again contradicts Ethiopia’s official declaration of war. Mark Lowcock, Assistant Secretary-General for Humanitarian Affairs, said that “the government controls 60 to 80 percent of Tigray but has no control over Eritrean soldiers and militias in neighboring Amhara state.”

“Tigray is a big black hole for us,” a diplomat said recently. Journalists face the same dilemma. Already in November we heard from civilians in Eritrea talking about troop movements towards Tigray, we received reports from anonymous sources in Tigray about bombings.

And later on the massacres, rapes and murders of children. Eyewitnesses have recounted a massacre at a church in the historic city of Aksum, the bombing of a mosque and Eritrean tanks laden with looted goods.

Here is the conflict zone: