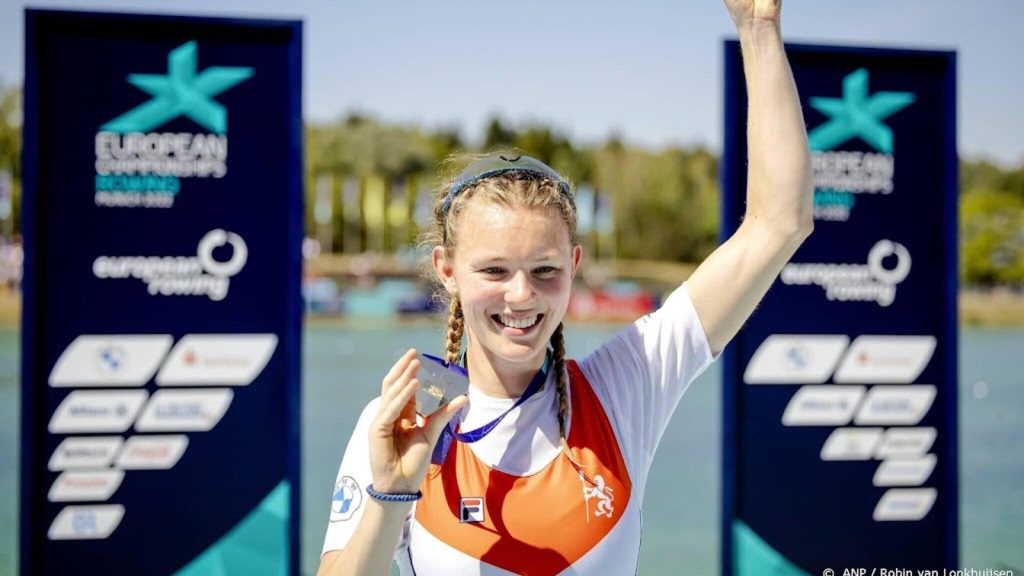 With Karolien Florijn and Melvin Twellaar as figureheads, the Dutch rowing team impressed at the European Championships in Munich. Florijn was supreme on the single scull, while Twellaar was just ahead of Olympic champion Stefanos Ntouskos in the same game. In addition to the two gold medals, the Orange team also came home or to training camp with four silver and three bronze medals. The World Cup in the Czech Republic will follow in a month.

Florijn had already shown in two World Cup competitions this season that she is in a class of her own against mainly European competitors. In Munich, the Greek Evangelia Anastasiadou finished second almost 6 seconds behind her. The bronze medal went to Germany’s Alexandra Föster. “Everyone expected that from me, but it’s not that easy,” the 24-year-old daughter of double Olympic champion Ronald Florijn and former German rower Antje Rehaag told NOS. At last year’s Olympics in Tokyo, she was among the four without, for which she won silver.

“It was tough conditions with a strong headwind. Of course, it’s not really a surprise that I win here, but it’s a bigger competition than the World Cups.” Florijn is already looking forward to the World Cup, where she will also meet Olympic champion Emma Twigg from New Zealand. “I am very curious, I hope I will be a little better.”

Twellaar’s win came as a surprise. The 25-year-old Amsterdammer didn’t do well, but drew his motivation from that, he told NOS afterwards. “It turned out differently than we expected in advance, but in training we often imitate such situations. You learn to deal with it. It came in handy today.”

Twellaar didn’t have time to look around and only realized when he crossed the finish line that he had become European champion. The reigning German world champion Oliver Zeidler even missed the podium. He indicated that the competition was indeed strong in Munich. Twellaar won silver at the Tokyo Games last year with Stef Broenink in double sculls.

The Dutch medal haul was achieved by the men’s eight, Laila Youssifou and Roos de Jong in the double sculls, women’s double four and men’s four without (all silver) and Ymkje Clevering and Veronique Meester in the double without. the women’s eight. and Martine Veldhuis as a light couple (bronze).