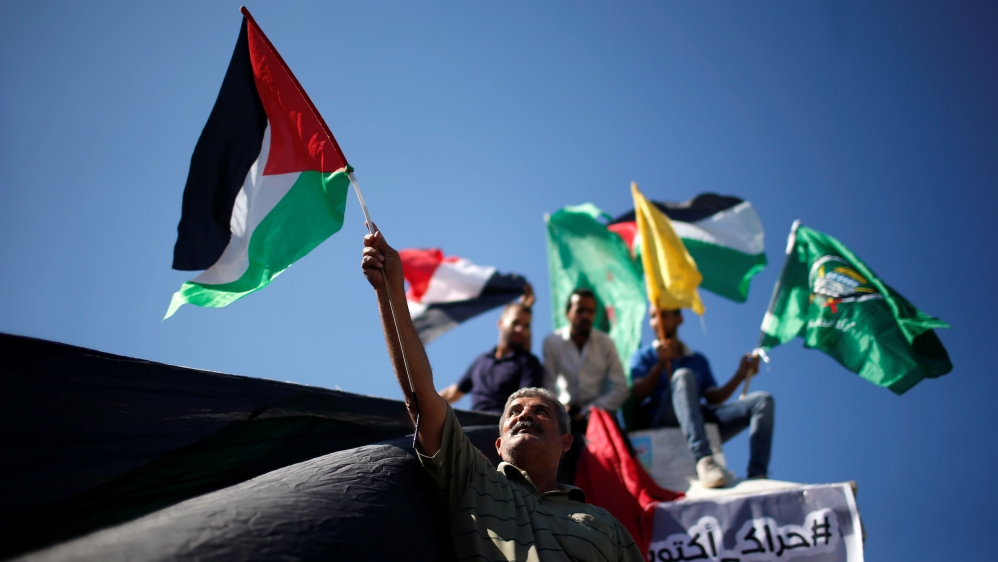 Fatah and Hamas, two large Palestinian factions, have agreed to hold the first elections in Palestine in almost 15 years.

Fatah and Hamas, two large Palestinian factions, have agreed to hold the first elections in Palestine in almost 15 years.

“We have agreed to hold first the assembly elections, then the presidential elections of the Palestinian Authority, and finally the Central Council of the Palestinian Liberation Organization,” Jibril Rajoub, a senior Fatah official, said on Thursday.

The last Palestinian parliamentary election was won by Hamas in an unexpected landslide in 2006.

Hamas senior Saleh al-Aruri said the agreement was reached during meetings in Turkey.

“This time we reached a real consensus,” he told AFP from Istanbul. “The splits have damaged our national cause and we are working to end it.”

Assam al-Ahmad, a member of the Fatah Central Committee, stressed the Palestinian leadership’s position that neither Jerusalem nor the besieged Gaza Strip should be excluded from the election.

“Without Jerusalem, there would be no elections,” he said.

Earlier on Thursday, a top FATA member called for continued talks with Hamas in Turkey to be “positive, fruitful and productive.”

“Dialogue is an important step towards reconciliation and solidarity, uniting the Palestinian position in the light of a consensus to reject all dissolution plans against the Palestinian cause,” Hussein al-Sheikh, a member of the Fatah Central Committee, wrote on Twitter.

PA Prime Minister Mohammed Shtaye said: “We welcome the positive atmosphere that has overshadowed the two-day national dialogue in Istanbul between Fatah and Hamas, which has agreed to hold general elections.

He added that the PA was “ready to provide all the requirements for the success of these elections as a gateway to the renewal of democratic life and to ensure national unity in the face of the grave and existential threats that threaten the Palestinian cause.” Its history ”.

A meeting of the general secretaries of the divisions will be held soon to announce the details of the agreement on Thursday, while the procedure to be followed until the election will be discussed.

Following the 2006 elections, Hamas and Fatah formed a unity government, but it soon collapsed, and bloody clashes erupted in the Gaza Strip between the two factions the following year.

Since then, Hamas has ruled Gaza, while Fatah has ruled BA.

Several attempts at reconciliation, the prisoner transfer agreement in 2012 and a short-term unity government two years later have failed to close the gaps.

They come against the backdrop of so-called US Middle East plans and efforts to unite Palestinian forces in the light of the two Arab states, the United Arab Emirates and the rapid normalization between Bahrain and Israel.

These agreements are being broken with decades of Arab consensus that relations with Israel should not be normalized until a comprehensive peace agreement is signed with the Palestinians.