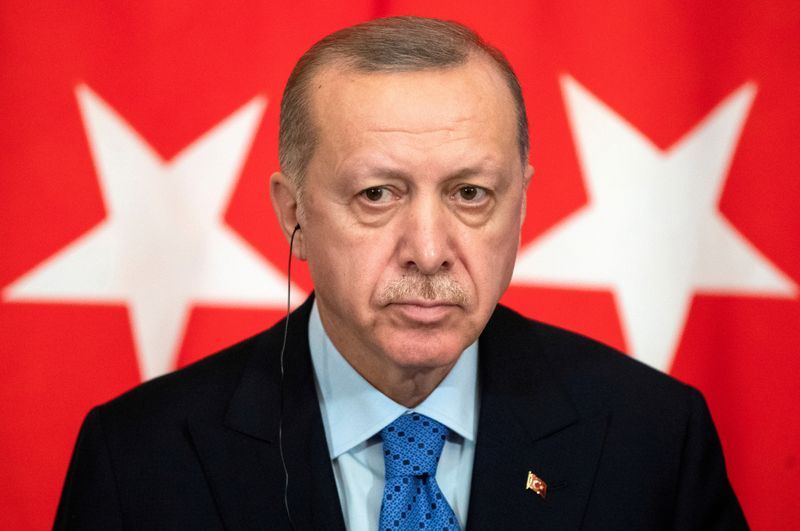 ISTANBUL (Reuters) – Turkish President Recep Tayyip Erdogan has told Canadian Prime Minister Justin Trudeau that Canada’s suspension of some drone technology exports is not in line with the spirit of the alliance.

Canada stopped exporting some drone technology to Turkey earlier this month after investigating allegations that the equipment was used by Azeri forces fighting Armenia.

In a phone call on Friday, Erdogan and Trudeau discussed improving relations and boosting bilateral trade, and said the Turkish presidency had also discussed tackling issues related to defense cooperation.

“During the call, President Tayyip Erdogan said Canada had stopped exporting some military supplies to Turkey due to the Azerbaijani-Armenian conflict … against the spirit of the alliance,” the president said.

Both Turkey and Canada are members of NATO.

Sales to Turkey’s ally Azerbaijan have increased sixfold this year, with sales of drones and other military equipment rising to $ 77 million last month alone before the outbreak of fighting in the Nagorno-Karabakh region.

According to Project Browsers of the Canadian Arms Control Committee, the video of the airstrikes released by Azerbaijan indicates that the drones were equipped with imaging and targeting systems, according to L3 Harris Technologies Inc., based in Canada.

Ankara has said he stands firm with his closest ally in the conflict over Nagorno-Karabakh.

Macron closes the prestigious school from which he himself graduated

Seal bitten on the tail: the owner fined 480 euros | Abroad