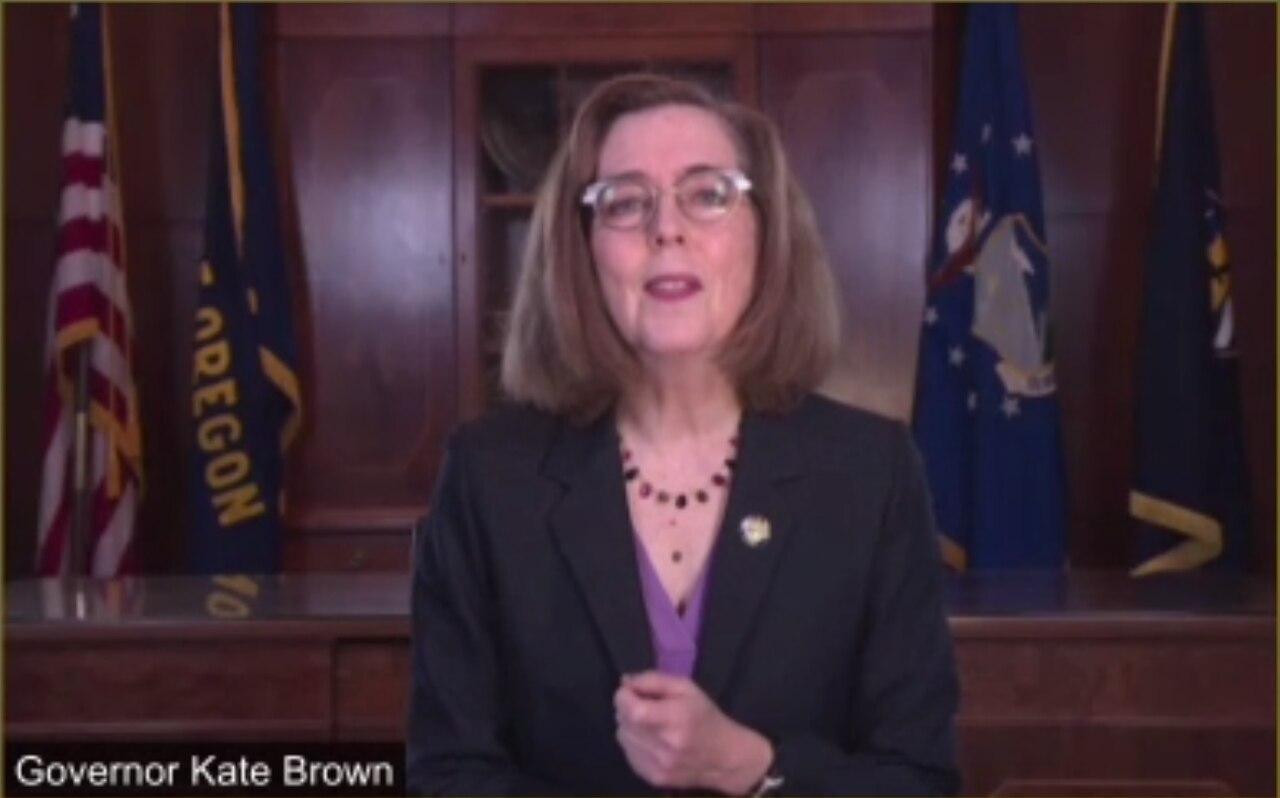 With the immediate distribution of vaccines, public health officials said Friday that they could not make any predictions about when the first wave of Oregonians – about 360,000 health workers and residents of long-term care facilities – would arrive. – All will be vaccinated against COVID-19.

They cannot say when Vaccines May eventually be reached The general public Because the central government has given them very little information.

But could it be too far next fall? May be.

“The challenge,” said Patrick Allen, director of the Oregon Health Commission “…We were not given any distribution schedule or any idea of ​​how much dose to expect on any regular basis. ”

Allen added: “So, I do not want to try to predict how long it will take until I see the vaccine loaded on the ship.”

According to the governor’s office, so far the federal government has promised to send Oregon 197,500 doses of Pfizer and Moderna vaccine only in December, starting early next week, if emergency use approval is granted.

This is enough to vaccinate nearly 100,000 Oregonians, because each person needs two doses at intervals of a few weeks.

Allen noted that federal officials told everyone who wanted to be vaccinated before June. Federal officials have also said it will be summer before children begin to receive immunizations, as vaccines in children have not yet been studied.

During the same live-stream news conference, Kate Brown told reporters that the government was working on vaccinating 10,000 residents a day and that it would “take most of the year to do this.”

With more than 4.2 million residents, a reporter noted that at a rate of 10,000 residents a day, the herd would be vaccinated by October before being vaccinated enough to achieve immunity.

State and federal officials say the herd expects immunity – many of which are vaccinated to die based on the virus – that should reach 70% or three million Oregonians when they reach their level.

Thanksgiving is smaller than expected

More than two weeks after Thanksgiving, state epidemiologist Dr Dean Sidlinger said Oregon had largely avoided the fear and anticipation of COVID-19 cases, with residents expected to travel in greater numbers and gather with extended families when residents celebrate the holiday.

“Oregonians, I want to thank you for the changes and sacrifices you have made,” Sidlinger told a news conference. “… these results, no matter how difficult they may have been, may reduce the increase in cases. We still do not see the fear of rapidly increasing cases.”

Sidlinger said many Oregonians are listening to the governor’s continuing public safety measures, including avoiding community gatherings of more than six people and closing restaurants and pubs for everyone except those leaving in November. The governor has relaxed some restrictions to allow outdoor dining and the state has generally adopted a lighter, sorted approach.

Oregon has the fourth lowest rates of cases since the outbreak and the fifth lowest number of deaths in the states. New York Times Tracker. But the death toll has been rising rapidly in recent weeks as more than 300 Oregonians died with COVID-19 in November alone.

The state’s death toll rose to 1,138 on Friday, the 16th, higher than last month’s death record at the December pace.

Still, Alan, director of the Oregon Health Commission, said that if Oregonians had died of the corona virus, Americans would have died nationally at the same rate, “we would have 2,000 more dead.” Data from the New York Times Tracker indicates that the death toll could have been even worse than Allen said, at about 2,600.

During the press conference, Brown repeatedly stated that Oregon was not receiving enough cash support from Washington, D.C., “no question … the federal government should step up.”

He said there was a lack of assistance to promote struggling businesses, including restaurants, in high-risk areas of the state. Brown said the money was needed for individuals who could not afford the rent and for landlords who could not pay the tenants.

Similarly, he said the federal government has made little money in an effort to release the vaccine in Oregon.

“To give you a perspective, we have received $ 5 million from the federal government to help with our vaccination efforts,” Brown said. “I expect a little more, but a little more than a dollar for an Oregonian if you do the math.”

State officials also took the time Friday to underscore the importance of trying to prevent corona virus infections among all Oregonians, who are not even likely to die statistically.

Darra Isaacson, who lives in southeastern Portland, spoke at a news conference, warning the public that COVID-19 is not a case of the flu. When he was infected with the virus in early March, he was a healthy, active person with no basic conditions. She had a fever, cough, body aches, severe fatigue and intermittent headaches.

Isaacson, 40, said: “I do not really remember many days when I was sick.

For more than nine months, he is still weak.

“My family loves hiking and biking and camping and canoeing, but we haven’t done anything this summer because I can’t walk around the block right now,” Isaacson said.

Sometimes, she could not stand for a long time to take a bath. She woke up at midnight covering the air and then rushed to the emergency room. On bad days, she is in bed.

The hardest part, he said, was not being able to play with his 5-year-old daughter.

“She told me a few months ago, ” I want you to be like a real mummy, ” Isaacson explained. “It simply came to our notice then. It brings me to tears every time I think about it. ”

Isaacson urged the public to physically distance themselves and wear a mask and wash their hands. He said he knew it would be difficult to avoid meeting with relatives or friends.

“But the alternative I can tell you,” he said, “is way too tiring.”

Click the video below to hear Isaacson in his own words.