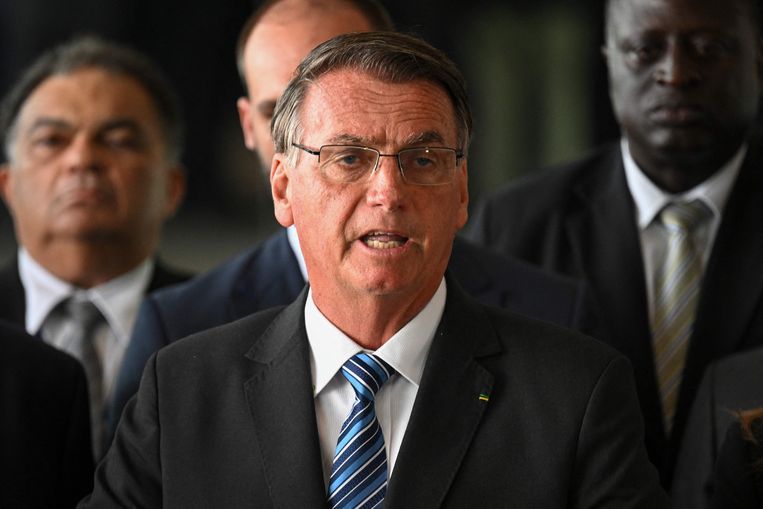 Bolsonaro says he previously suggested that some electronic voting machines had malfunctioned during the second round of the presidential election on October 30 and were vulnerable to fraud. “There were signs of serious disturbances,” Bolsonaro and his supporters wrote in a complaint to the country’s highest electoral commission. According to them, the votes recorded in the said machines should be declared invalid.

The complaint comes out of nowhere and seems to have little chance. The election results have already been approved by the Supreme Electoral Tribunal (TSE) and endorsed by politicians at home and abroad. Also, after an investigation commissioned by Bolsonaro, the Ministry of Defense concluded that the elections had gone smoothly and that there was no evidence of electoral fraud.

Electoral court president Alexandre de Moraes gave Bolsonaro’s liberal PL party 24 hours to include the results of the first round of elections with their claim. If the party fails to do so, the complaint will be dismissed, Reuters news agency reported. The judge thus puts the party in the lead because even though Bolsonaro lost narrowly in the second round, the right-wing PL did good business in the first round, with the same voting machines voting for parliament and local governorships. The party won overwhelmingly in both the Senate and the Lower House.

In the months leading up to the election, Bolsonaro, or mini-Trump, was already spreading conspiracy theories about possible election fraud. He also talked about the voting computers that Brazil has been using since 1996. Eventually, tensions surrounding the election escalated to the point where there were fears of a repeat of the storming of the US Capitol.

Leftist former president Luiz Inácio Lula da Silva narrowly won with 50.9 percent of the vote, according to official results. Bolsonaro has been silent for two days as thousands of disillusioned supporters roiled the country with demonstrations and roadblocks. Then came the word of salvation: Bolsonaro has declared that he respects the constitution and gave his chief of staff the green light to begin the transition process. A day later, the president asked his supporters to demonstrate peacefully.

Tuesday’s unexpected turn could complicate the transition to power for Lula. The newly elected president will have to lead the deeply divided country from January 1. A fair share of Bolsonaro’s supporters still believe there was fraud and have so far refused to accept the election results. This allegation of electoral fraud could breathe new life into that lie and rekindle protests.

In São Paulo this week, I stopped pro-Bolsonaro protests outside military barracks to hear what they had to say. I heard fake news and some residual hope that the armed forces would “intervene” (not happen.) to keep Bolsonaro in power. pic.twitter.com/tFTkOeWbec