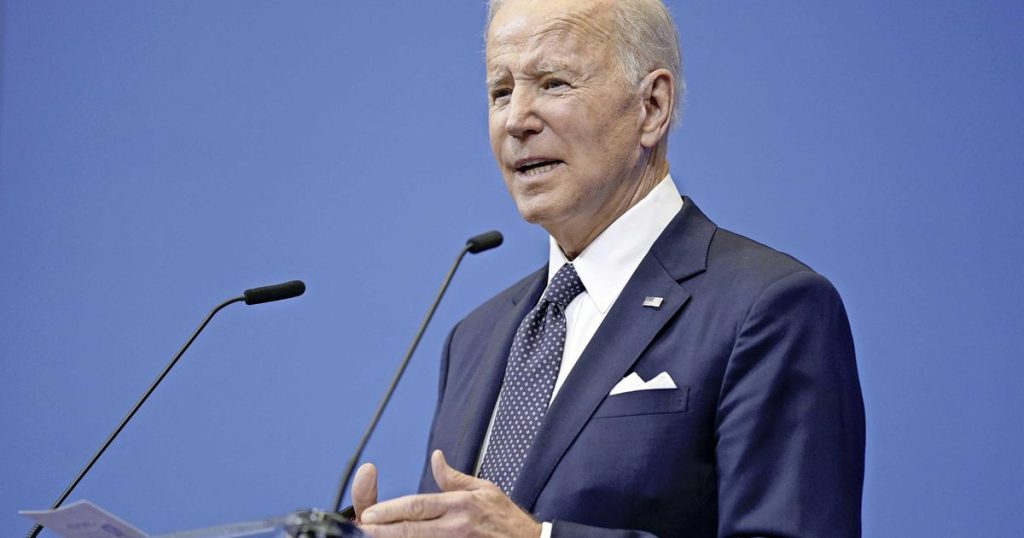 “It’s up to the G20 to decide. We talked about it today and I said that I think Russia should leave. However, other countries do not agree, such as Indonesia. He also believes that Ukraine should be able to attend G20 meetings. Indonesia, which currently chairs the G20, has called a summit for next fall. Russia has been invited and President Vladimir Putin plans to attend. Mountain peak.

The G20 is an international forum focused on economic cooperation and stability. Of the twenty members, India and Brazil, for example, are probably not in favor of a boycott of Russia.

Russia was part of the G7, then of the G8. But the United States, Canada, Japan, Germany, France, Italy and the United Kingdom banned Moscow eight years ago after annexing Ukraine’s Crimean peninsula.

Biden also confirmed that additional sanctions would be forthcoming. The United States will, among other things, impose sanctions on more than 400 people and institutions, including the Duma, the lower house of the Russian parliament, and 48 defense companies.

He also confirmed that the United States would welcome 100,000 Ukrainian refugees. And he also echoed earlier news from NATO that they will set up new units in Slovakia, Romania, Bulgaria and Hungary.

During the press conference, the American president also declared that “NATO has never been so united as it is today. “President Putin gets the opposite of what he expected.”