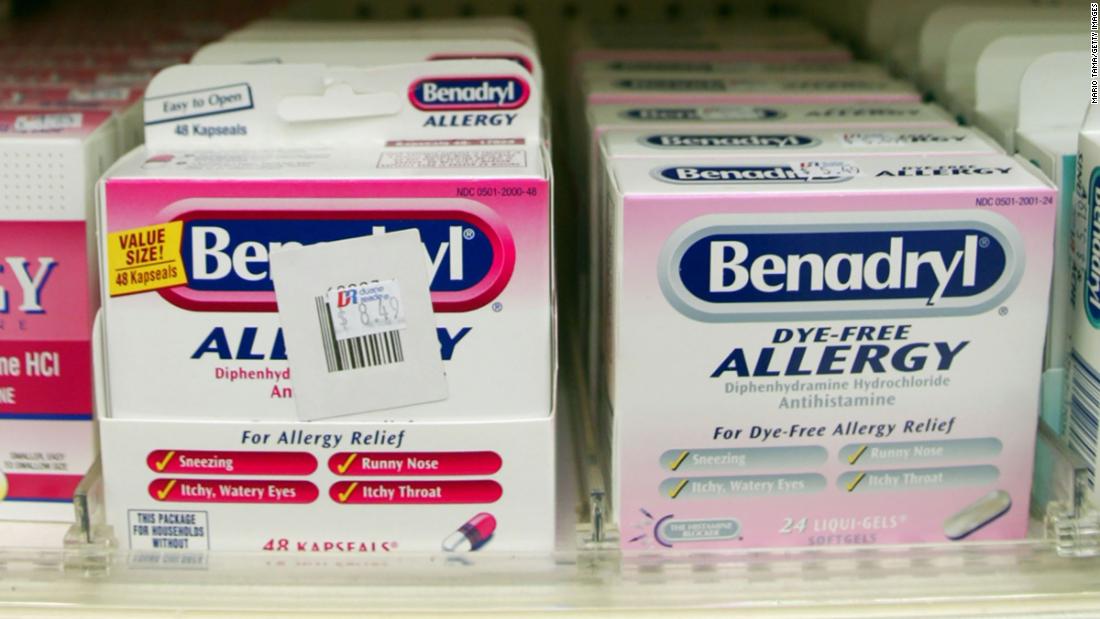 The FDA quoted young people as ending up in hospital emergency rooms or dying after attending an event called the “Benadryl Challenge” on the social media site Dictok.

“We are examining these reports and reviewing them to determine if additional cases have been reported,” the company said in a statement.

The FDA said it had contacted Dicto and had “strongly urged” the removal of videos from “Benadryl Challenge” from its site and the monitoring of new posts.

“Health professionals should be aware that ‘benadryl challenge’ occurs among teenagers and warn their caregivers about it,” the company said.

Benadryl is an antihistamine used to treat symptoms such as runny nose or sneezing from upper respiratory allergies, hay fever or the common cold. It is safe and effective when used as recommended, the FDA said.

“Diphenhydramine benadryl is marketed under store brands and generics and is available in combination with painkillers, antipyretics and decongestants.”

Consumers and parents should keep Benadryl and other over-the-counter and prescribed medications out of reach of children.

The FDA also recommends that teens be locked out of medications to prevent accidental poisoning and abuse, especially when they are often at home with a COVID-19 infection.