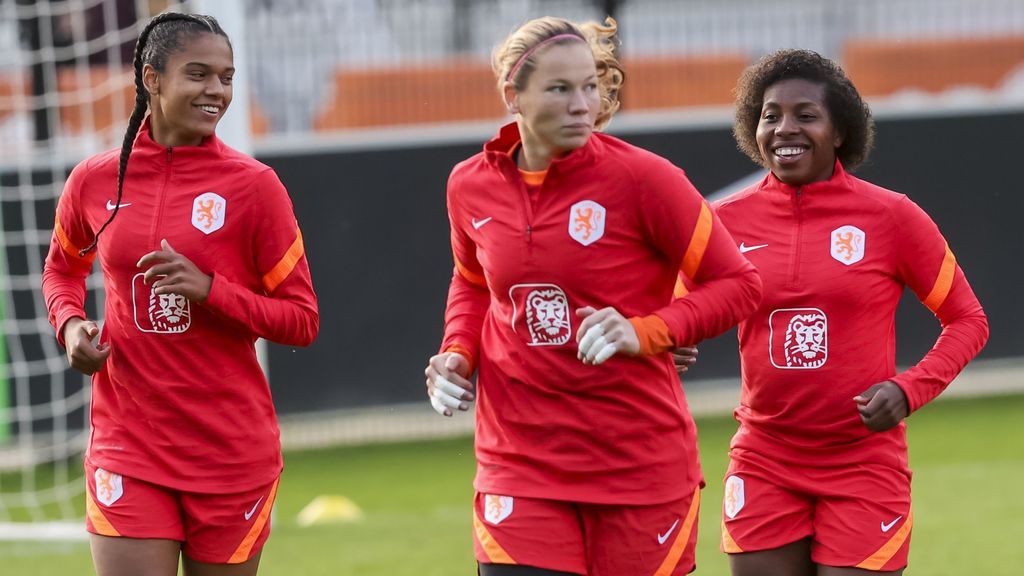 National coach Andries Jonker wants to train with Orange on an alternative to the 4-3-3 system. Moreover, it is particularly important that young players have opportunities and that a result is achieved against Norway.

Jonker said it after the Orange Women’s first training session in Zeist, ahead of the friendly match against Norway next Tuesday. Originally, the Orange team was supposed to train against Zambia on Thursday, but that match was canceled due to visa issues.

Jonker is still looking for an alternative for the match against Zambia, but the objective of this camp will not change anyway: to further improve the current three striker system, but also to work on a new way of playing to be able to switch during matches.

“I’m happy if we’ve taken a step further at the end of this week and a half,” said Jonker, who is heading to the World Cup next summer in Australia and New Zealand with his team.

In addition, the national coach especially hopes that the young talents of his selection will flourish and fight for their place. Like Esmee Brugts, the talented PSV striker who propelled the Netherlands to the World Cup at the expense of Iceland.

“The coach said there is more room for young talent, so I hope to take my chance,” Brugts said.

Esmee Brugts: ‘I hope to be in the starting line-up during the World Cup’

The game against Norway is very suitable for that, she thinks. “It’s a great test to see if I can handle the level and to show that I want to be in the starting line-up at the World Cup.”

Jonker agrees with Brugts’ words and hopes his young striker will ‘attack’ Lieke Martens’ starting point. Martens, like many other experienced players, will not be there. They rest because of the busy schedule.

And Brugts should take advantage of that, says Jonker, although Martens is a prime example for the PSV player. “She has to attack Lieke. Show that she is as good or maybe better. It is also good for Lieke,” says the national coach.

Besides Martens, Stefanie van der Gragt, Dominique Janssen and Shanice van de Sanden are missing. “For some, it’s good to maybe not come for once,” says Jonker. With all the tournaments and the lack of breaks in recent years, it feels good to take a break, he says. It doesn’t take them out of the picture. “They have to confirm next year. Young players have to show it now.”