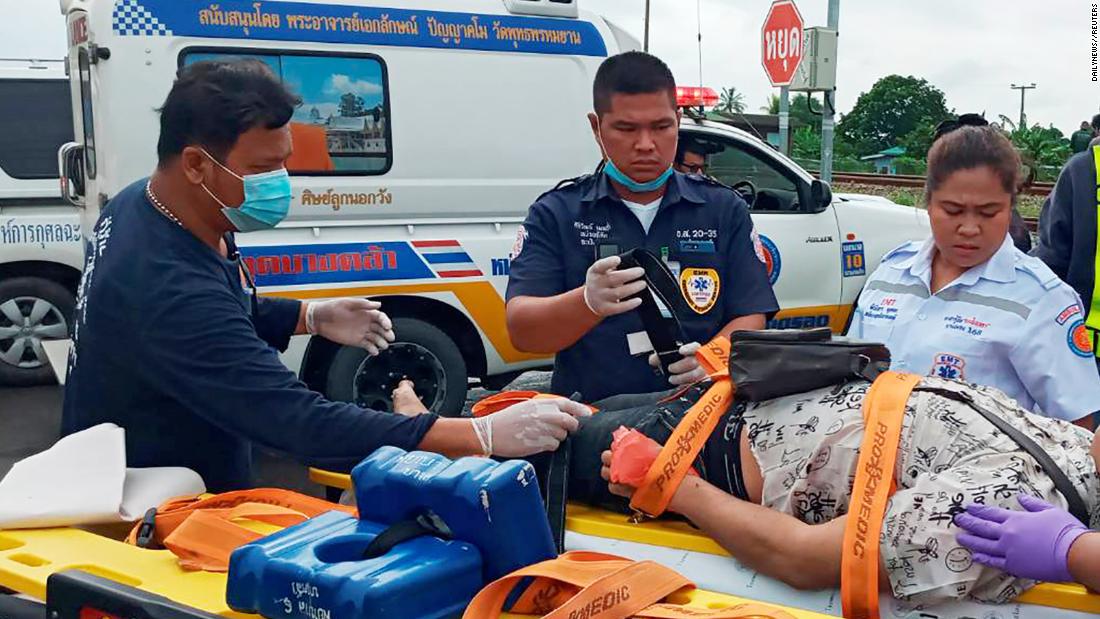 A tour bus carrying about 60 factory workers on its way to a Buddhist festival at a temple collided with a freight train traveling from the east to the capital while crossing a railway line.

The bus overturned on its side and tore up, debris and metals scattered around the crash site, and pictures of rescue workers were shown. The train was on the tracks.

According to Governor Maitreya, there is an alarm at the crossing, but there is no barrier to stop traffic when a train arrives. He said the province would install speed bumps and barriers to improve visibility and cut down trees near the cross.

“Let this case be a lesson, we will make improvements in dangerous places so accidents like this will not happen again,” Maitree said in a statement.

According to the World Health Organization, Thailand’s roads are among the worst in the world. Despite years of security campaigns, little progress has been made.

Buddhist pilgrims were on their way from Samudrakhan province to a Buddhist temple in Sachoengsau for a qualifying ceremony marking the end of the Buddhist fast.