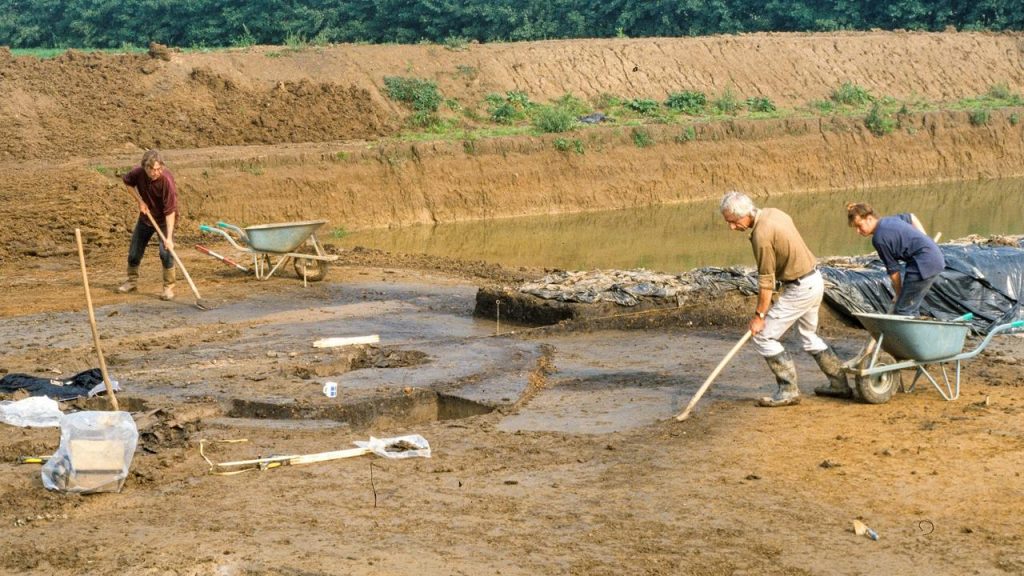 Archaeologists have discovered a sauna in Nijmegen with sweat lodges and 3,600-year-old cold water baths. According to lead researcher Peter van den Broeke, such saunas have never been found on the European continent. Prehistoric saunas are well known in Britain and Ireland.

The sauna was built in a glade in an oak forest along a dead river arm. Hot clay balls are used to heat the water. Hundreds of them have been found. “There was a patch of about 20 by 15 meters made up of waste fuel: charcoal residue, burnt stone, but mostly burnt clay spheres,” Van den Broeke explains.

According to archaeologists, this makes sense. Hot stones were used in Britain and Ireland, but they were not found in the Waalsprong, while the river provided more than enough clay.

Two huts approximately 3 meters in diameter emerged under the combustible waste package. “One of them was definitely a sweat lodge,” says the researcher. A millstone with a bronze dagger was also found near the sauna, a customary sacrificial ritual at the time.

It is unknown who used the sweat lodges and cold water pools. As a sauna was very rare in prehistoric times, religious people can come from afar. Around the site, archaeologists have also discovered numerous traces of hooves, perhaps also of sacrificial animals.

The archaeologist resumed his research after his retirement

The area that turned out to be a sauna was already known as an archaeological site twenty years ago. At that time, Van den Broeke was still working for the municipality of Nijmegen as an archaeologist. “It was a confusing site,” he says. “But at the time, there was no money to continue the research. After I retired, I took it over.”

The researcher drew “mental support” from the fact that similar saunas had also been found in Ireland and Britain. He is “happy” with the discovery.