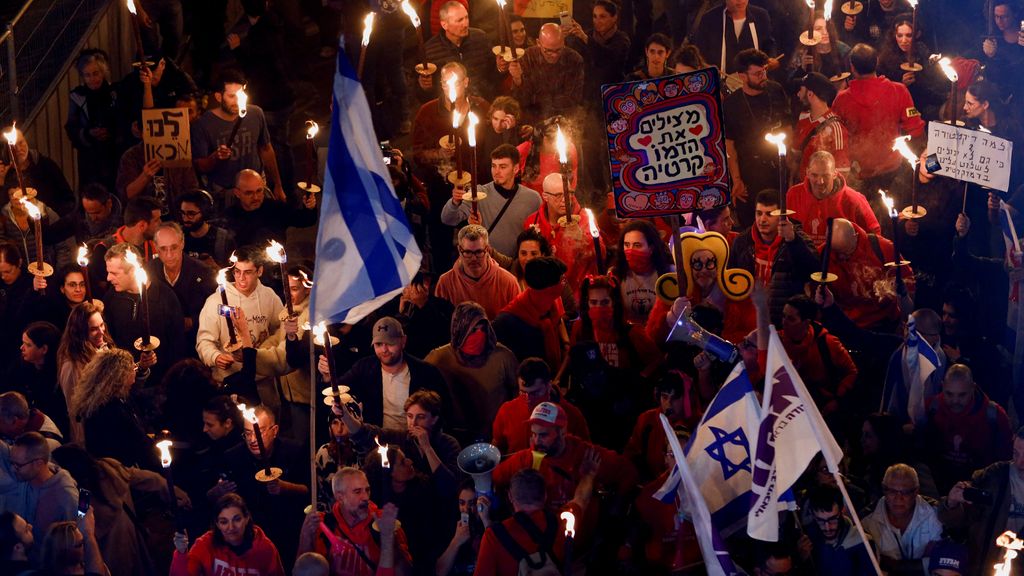 In the Israeli city of Tel Aviv, many people again took to the streets to protest against the radical right-wing government of Benjamin Netanyahu. Local, police-based media reports about 100,000 people, the largest protest to date. Former Prime Minister Lapid also joined the protest.

Demonstrations also took place in other cities. In Jerusalem, Haifa and Beer Sheva, among other places, protesters took to the streets. In Tel Aviv, Israeli flags waved in the crowd. There were also placards with texts such as “Our children will not live in a dictatorship” and “Israel, we have a problem”.

The protesters are against reforms that the government wants to put in place. This should have the effect of giving less power to the Supreme Court. This is the third week in a row that protests have taken place, last weekend even tens of thousands in the streets of Tel Aviv.

According to the government, judges and legal advisers have too much influence on legislation. Netanyahu says he will pursue changes despite opposition.

He dismisses the protests as a refusal by left-wing opponents to accept the election results. Netanyahu’s right-wing Likud emerged the big winner in November’s parliamentary elections, after which the most right-wing and religiously conservative government was formed.

The changes mean, among other things, that the Supreme Court can no longer intervene if there is a majority in parliament for a law, even if that law is contrary to existing fundamental laws. Critics therefore fear for the rights of minorities, such as Palestinians and people from the LGBTI community.

The changes could also allow Netanyahu, suspected of corruption, to avoid a possible conviction or even have his case dropped.

“It’s a protest to defend the country,” opposition leader and former prime minister Lapid told the AP news agency. “The people are here to protect democracy.”