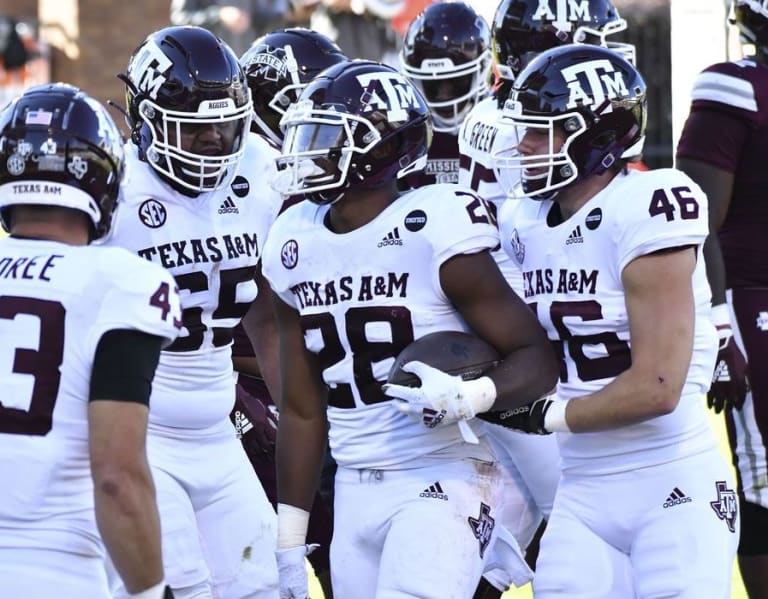 No. 11 Texas A&M (3-1) outscored the Bulldogs (1-3) on Saturday afternoon 28-14, rushing 186 yards and knocking down the home team with 6 sacks, while the home team ran up to 2 yards. Mississippi State collected only 217 yards of offense and one attack touch.

No team scored in the first quarter, but the tempo for the game was already established. The A&M-powered game, led by Isaiah Spiller (18kg, 114kg, 2dt), threw 72kg to the ground, Mississippi State piled up twice and quarterback K.J. Costello (15-22, 99 yards, 1 INT) threw an easy interception as A&M final zone for cornerback Miles Jones waiting in the driveway.

Aqees ordered the attacking point during the third inning, when they went 66 yards in 8 plays – all runs. Spiller scored 3 yards out and A&M had sent word that they would take the place they had left against Florida. Mississippi State conceded 76 yards in the first three games, and the Aggies had those moments in the second quarter.

“Running the ball is important throughout the week,” said senior attack line player Carson Green. “We wanted to show that we can run anyone.”

The Bulldogs went into their next possession 3 and out, the Aggies knew they were going to get the ball back, but they could not have had a better field position. Lineback baker Chris Russell breaks Mississippi State Fortress and blocks Tucker Dave’s punt, which is recovered on Bulldog 1. One play later, Spiller made his second touchdown and the Aussies went 14-0.

A&M forced another very quick Mississippi state possession and it looked like they were going to get the ball in midfield following another ball, but defender Leon O’Neill was summoned for a personal foul for attempting to jump over the shield, their own 48.

“We got three penalties in one play,” coach Jimbo Fisher said. “(O’Neill’s sentence) is absurd. We could have scored there. ”

Instead, it became another 3 and out, with Brian Williams taking the first job of his life to end the Mississippi State Drive with safety. The Bulldogs will get another shot at the end of the first half, with senior defensive lineman Jayton Beavis going to A&M26 before being fired and an illegal block in the back knocking them out of the field goal range. The Aussies went into the locker room 14-0, got the opening kick of the second half and quadrupled their total from their job for the season – often with a rush of three.

“The Boss Rush was the centerpiece all week,” Beavis said. “We trained well this week (before with 3 people). Mike Elko had a great game plan against them.”

A&M took a second-half kickoff and pushed to Mississippi State 32, when a potential disaster struck. Quarterback Galen Mont (13-23, 139 yards, 2 TD, 1 IND) threw a pass that hit Inias Smith on the shoulders and bounced back to the hopping line all the way, where Cornbach Emmanuel Forbes caught it and bizarrely intercepted a 60.

“We had a good drive,” Fisher said. “Then we had the ricochet.”

On past trips to Starkville, that kind of game led to a bulldog run, which points to the Aussies 8 balls behind. At this point, A&M returned immediately. In just 4 plays, the Aggies went 75 yards and scored 21-7 on a wide chase lane (2 catches, 70 yards, 1 dd), grabbing a shallow cross and surpassing the entire Mississippi state defense for 51 yards.

“(That’s it) I’m so proud,” Fisher said. “We came back. We had two big catches from Chase Lane and Kellen’s best throws. ”

“I was so close (to get the score),” Beavis later said sadly.

It is not a bar; Smith (5 catches, 20 yards, 1 TD; 10 carry, 52 yards) for a 6-yard touchdown passed the Mont hit two plays later, extending the lead to 28-7. It will be curtains for Costello, who will be replaced by newcomer Rogers in the quarterback. Rogers was very effective, finishing 15 of 18 passes for 120 yards and touching the first attack of the Bulldogs over more than two games of football, but A&M’s steady defense and running game stole any hope of a comeback.

Aggies finished the game with a final 5:06 run, pushing the Mississippi state defense to a good level in the final. A&M finished the clock on the Bulldogs 1-yard line and tried to add to the brink of their victory.

“We wanted to show that we can run the ball, so (Fisher) will not call the bass plays,” Green said. “We want to prove that we are a great team. People need to know our name.”

Fisher said there is a lot to improve on Aegis, but was satisfied with the final result.

“A 14-point win is a good win,” Fisher said. “Mississippi State has always been a tough place for us to play.”