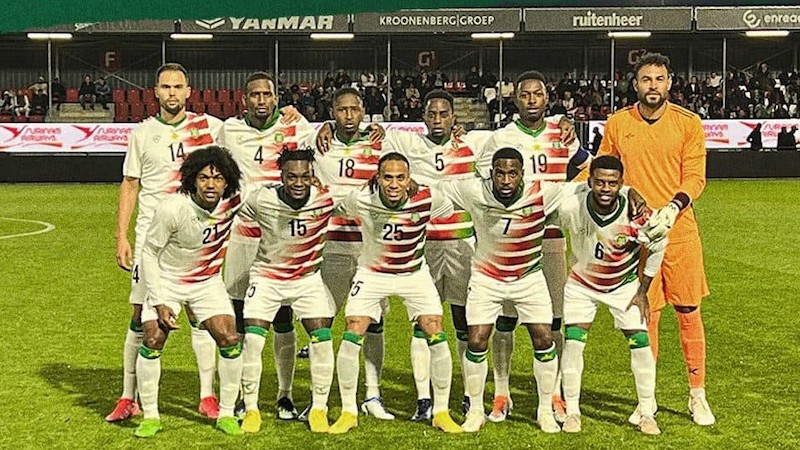 Interim national coach Aaron Winter looks forward to the second and final international meeting of the year against PEC Zwolle. The national men’s football selection and the Zwolle first division team will meet on Monday 26 September at the MAC³PARK stadium.

Winter is convinced that the first division leader, who was relegated from the Eredivisie last season, is a good indicator for the national team. “PEC Zwolle is a good team and we can see where we stand as a team.”

The coach is looking forward to a good match and sees it as a special opportunity to give all international players as much playing minutes as possible. In preparation, emphasis is placed on the development of the team process, both offensively and defensively. “The most important thing is that we work as a team, both in possession and losing the ball.”

According to the coach, for the latter, efforts are being made to improve the style of play. “These are the points of focus that we focus on and that we are trained to focus on.” Winter insists there is plenty of quality within the squad. “We also want to use the momentum we have up front.” Natio mainly play football in spaces left by the opponent to “make it more difficult for them”.

Things should continue where the coaching staff was satisfied in the first meeting against Nicaragua (2-1 win). According to Winter, the Dutch football team likes to defend the opponent. “We want to take advantage of that as well and see where our profits lie.” The day after the first meeting in Almer, a rescue exercise was completed. The latter was especially true for players who logged a lot of playing minutes. Those who played less or did not play at all did some additional training.

It will be a reunion for Kenneth Paul and assistant national coach Ryan Koolwij. Both defended PEC Zwolle’s colors in the Eredivisie last season. Koolwijk announced his retirement and then began his Natio coaching career under former national team coach Stanley Mensow. Paul left the team after the relegation and now plays in the English second division with Queens Park Rangers.