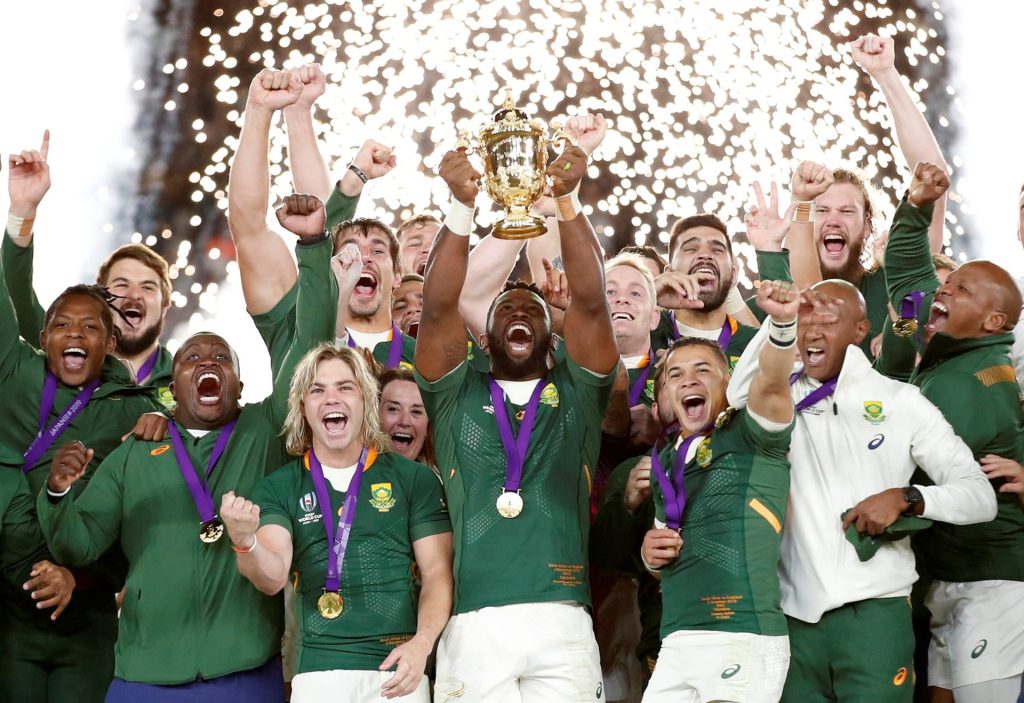 Rugby: a tough but fair sport
“The enthusiasm of the fans in the sold-out stadiums, the physical exhaustion on the pitch and the mutual sportsmanship make rugby one of the most beautiful spectator sports enjoyed by sportspeople,” said Marcel Beerthuizen, director of Ziggo Sports. “With our programming, we try to connect with as wide an audience as possible and we are constantly working to further strengthen our set of rights. I am therefore happy that we can offer such an important and attractive tournament as the Rugby World Cup to our viewers”.

Six Nations starts next weekend
The 128th edition of the Six Nations will begin this weekend. The national teams of England, France, Ireland, Scotland, Italy and Wales are vying for the prestigious title. On Saturday February 5, Ireland and Wales (3:00 p.m.) meet and later England and Scotland (5:30 p.m.) play their first game. On Sunday February 6, France – Italy is on the program (3:45 p.m.). Ziggo Sport will also be paying a lot of attention to the Women’s Six Nations, which kicks off in March. The matches can of course also be followed live via Ziggo Sport or Ziggo Sport Total.