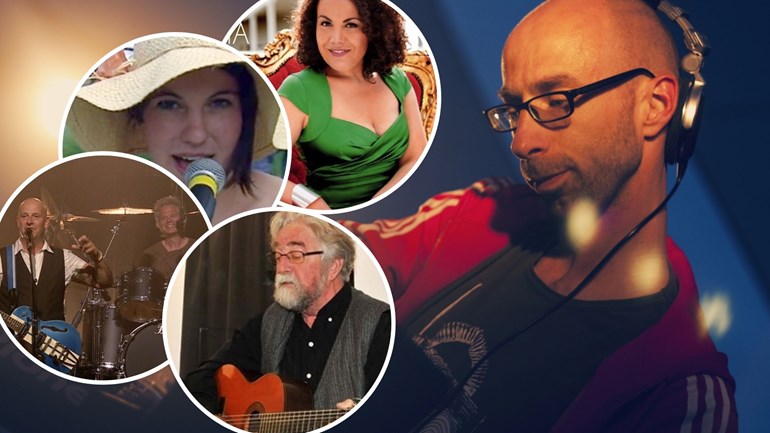 What does it look like when you put together songs from different Zeeland Top 40 editions, mix them and turn them into one song? DJ Sandstorm lets you hear it. He already made a mix to start the Zeeland Top 40 voting period, started working with Ocean by Racoon and Roller Coaster by Danny Vera and he is now serving us his latest mix with Marsha, BLØF, Zaniac and Engel Reinhoudt.

The first song you hear in the song is Finally free by Marsha. With this song, the singer entered the Zealand Top 40 in 2008. A year later, the song reached the tenth position. In the first edition of the Zeeland Top 40, Marsha took 37th place with Love me.

After that, Marsha was no longer on the list. In 2012, she participated in the Best Zeeland Cover. With his version of Black or white Michael Jackson, she came third.

Finally free de Marsha blends in perfectly with Zoutelande by BLØF and Geike Arnaert. That number immediately jumped to 1 in 2018 and remained in the top three for the next two years.

BLØF’s number 1 position was nothing new for the group. With Is popular the group was on a no less than seven times.

From BLØF we go to Zaniac, the group that came out of nowhere in 2011 in tenth place with Rainy boots. The following year, the number was 15. In 2013, the group had this rating again, but with Bird in the bag.

With the same song, the group was last on the list in 2014, in 36th place. After that, the group members all went their own way.

Singer Anouk van de Sande was in the two previous editions with her group AAD in the list. The number All the bright places last year was the 29th and in 2019 the 36th. Drummer Harrie Roelse performed with The Hague band Taymir.

DJ Sandstorm’s mix ends with A bolus with coffee by Engel Reinhoudt. His Zeeland hit is one of the six songs that have always managed to find a place in the Zeeland Top 40. BLØF also succeeded with this Is popular, Date with merit, Racoon with I love you more and De Lamaketta did it with two songs: Captain Rooibos at Yoohoo.

Last July, Engel Reinhoudt passed away. He had been ill for some time by then.

This is not the first mix of DJ Sandstorm’s Zeeland Top 40. To start the voting period, he mashed up songs from Racoon, Joe Buck, Maarten Termont, Emma Heesters, Danny Vera and the Hobbyists.

He also mixed Russian mountains by Danny Vera and ocean by Racoon. It looks like this:

Voting for the Zeeland Top 40 is still possible until Friday. By voting, you have a chance to win a scenic flight over Zeeland and a Zeeland Top 40 T-shirt.