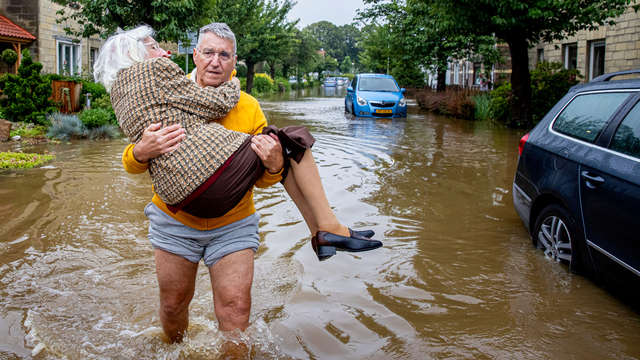 Flood victims and aid workers who have helped in affected areas can catch their breath in a caravan or holiday home in Zeeland in September.

Free accommodation is available across the province. Limburgers can then come and recharge their batteries for a weekend, a midweek or a week. So says President Anita de Munnik of the Rotary Zierikzee Service Club.

1953 flood disaster
Images of the floods in Limburg have gone through marrow and bone, says De Munnik. She immediately got a go back to the catastrophic floods of 1953 in Zeeland in which many people died. “The disaster of 1953 is still fresh in the minds of the Zealander. We then received help from Limburg and now we want to give something back, ”says De Munnik.

Read also : 400 million euros in damage to Valkenburg due to flooding

Rotary is a global network of people who want to contribute to society in all kinds of ways. And that’s exactly what De Munnik wants to do now. “The people affected have a lot of misery. It’s really good if we can help them. No mud on your head and relax,” she explains.

looting
Initially, the club wanted to get in the car and drive 200 kilometers to roll up their sleeves. From Munnik: “Looking back, it wasn’t such a good idea. We didn’t want people to think we were going to come and loot, so we came up with that.”

One hundred free vacations
In total, around 60 accommodations have already signed up for the service club, but the goal, according to De Munnik, is to offer around 100 free vacations. Rotaryclub Gulpen-Vaals ensures that victims can register through the website, after which a selection will take place. From Munnik: “Affected people and aid workers receive a letter with a code so they can register.

But the action goes a little further. In the meantime, entrepreneurs and cinemas in Zeeland have already reported to the President. “Free tickets to, for example, cinemas and free dinner vouchers are already available. It’s great to be able to do that. The solidarity you see now is fantastic,” concludes De Munnik.

Read also : Additional surveillance in Valkenburg for fear of theft