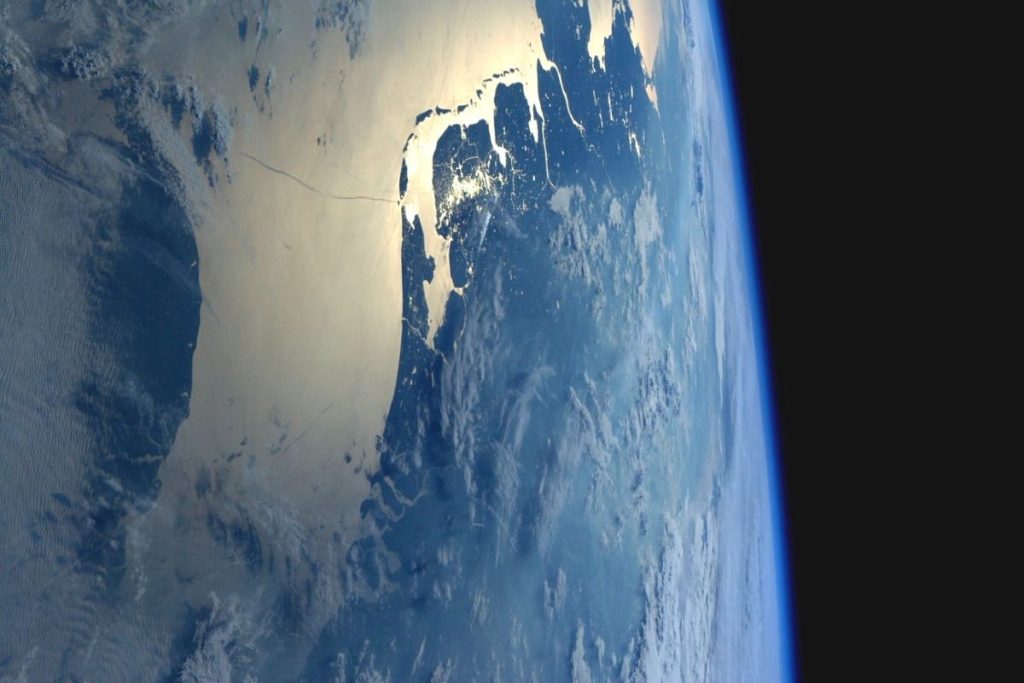 In recent years, our country has been regularly photographed by astronauts and satellites. These are the most beautiful photos.

Pearl necklace for the coast
On May 13, 2006, astronaut Jeff Williams photographed the coastline of the Netherlands. The Dutch and German Wadden Islands in particular are eye-catching and stand out like a pearl necklace off the north coast. In addition, various lakes, waterways and canals can be seen, such as the Fluessen in Friesland and the North Sea Canal in North Holland. The photo of this American astronaut was among the top 10 most beautiful space photos of the year in 2016. Download this photo as a background photo for your phone.

winter wonders
On February 11, 2021, our country was hit by the first big snowstorm in ten years and the Netherlands went completely white. The snow showers quickly dissipated, after which the Terra satellite took this beautiful photo of our little country. Ice formation can be seen south of Afsluitdijk. The cities are also clearly recognizable as light gray spots in the landscape. 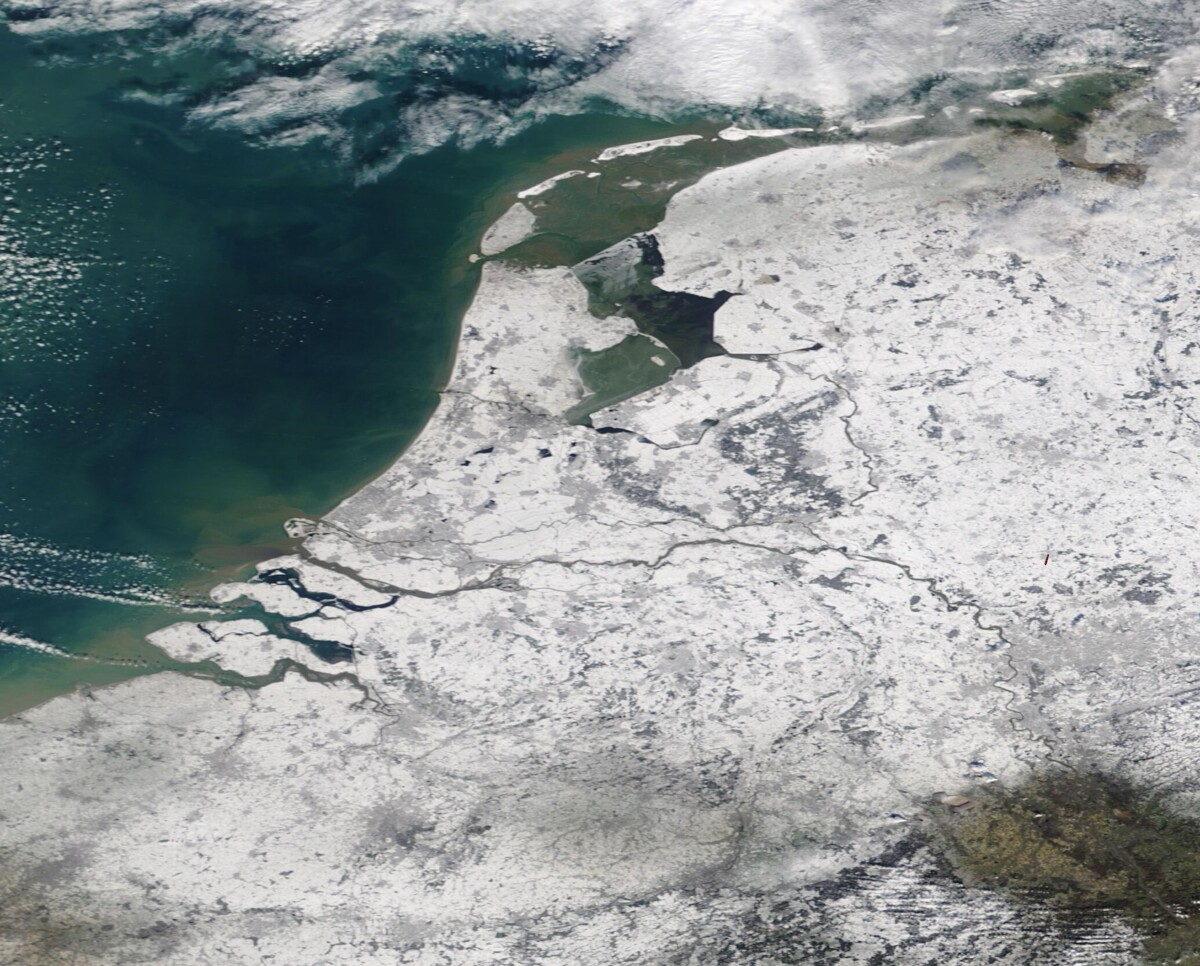 The European Copernicus Sentinel-3 took a photo at the same time. Also note the UK, where the northeast coast is covered in snow, but the interior is not. Do you want to download this photo in high resolution? Go to the ESA website. 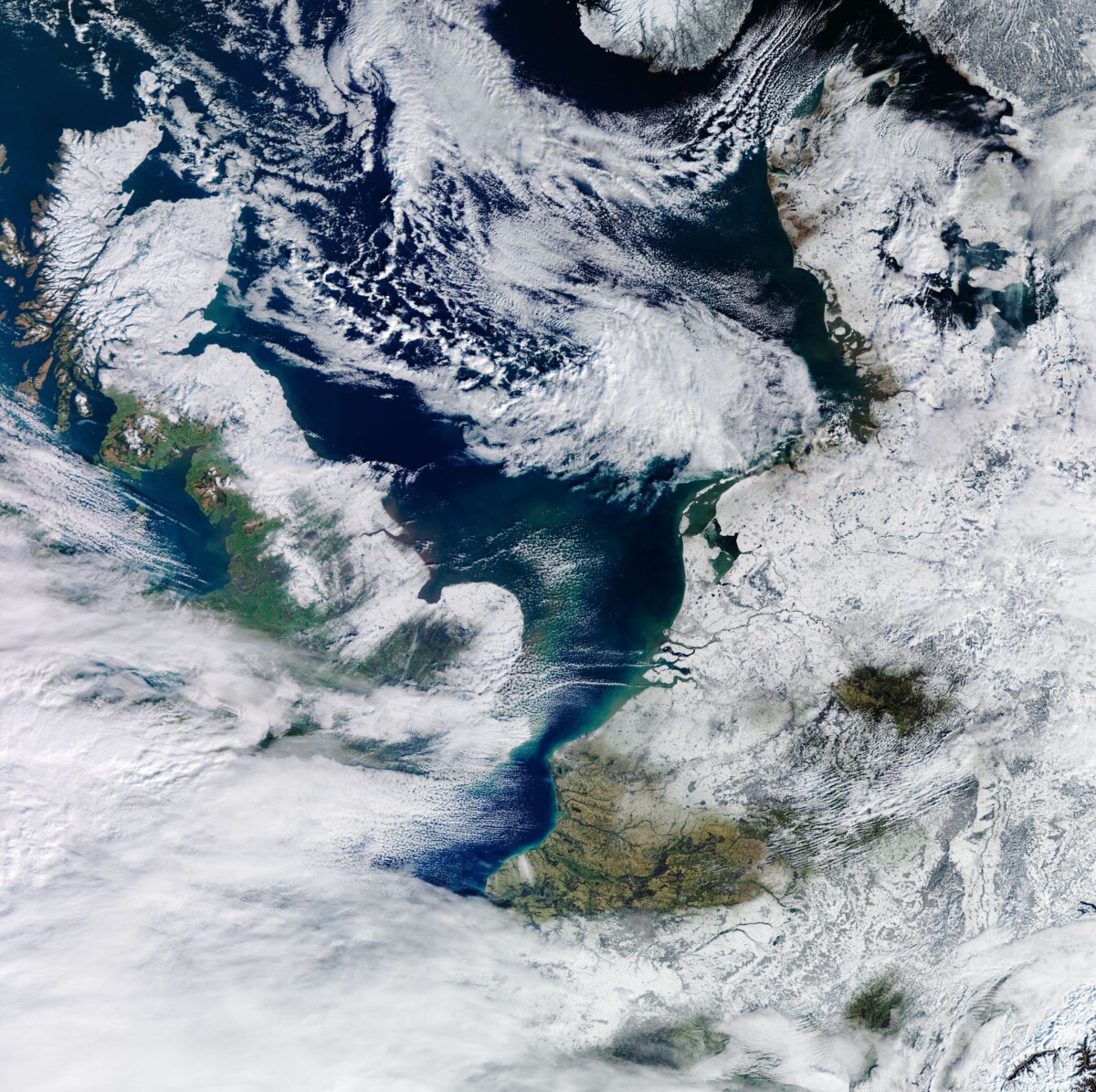 André Kuipers looks at the Netherlands
ESA astronaut André Kuipers spent a total of 204 days in space, 11 days in 2004 and 193 days in 2011 and 2012. On board the International Space Station, he regularly photographed his home planet. For example, this resulted in the snapshot below. A unique photo with beautiful colors and a nice contrast with the cloud cover. 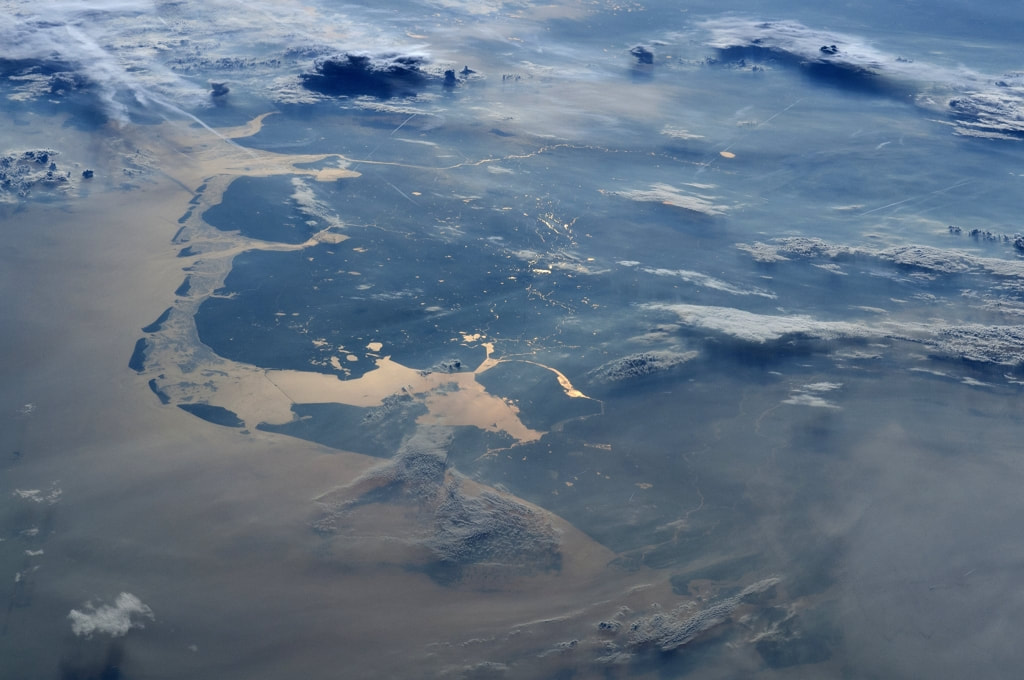 Ice formation in Dutch lakes
In early 2018, it froze heavily in the Netherlands, causing ice to form in the IJmeer, Markermeer and IJsselmeer. The European Copernicus Sentinel-2 satellite pointed its camera at our country and immortalized this event. Snow fog
In January 2017, part of the Netherlands had to deal with a special type of snowfall, namely snowy fog. Snow fog often occurs near industrial areas and cities, especially when fog droplets freeze in a thick fog field. They then turn into snowflakes. The result is that a small area becomes “white”. This is clearly visible in the photo below from the Landsat 8 satellite. The local snow areas are almost all located to the west of the industrial areas. Green landscape
We end with a colorful summer photo of astronaut Thomas Pesquet. “The Netherlands isn’t the biggest country, but I still haven’t managed to get the whole country into one frame,” he tweeted. earlier this year. 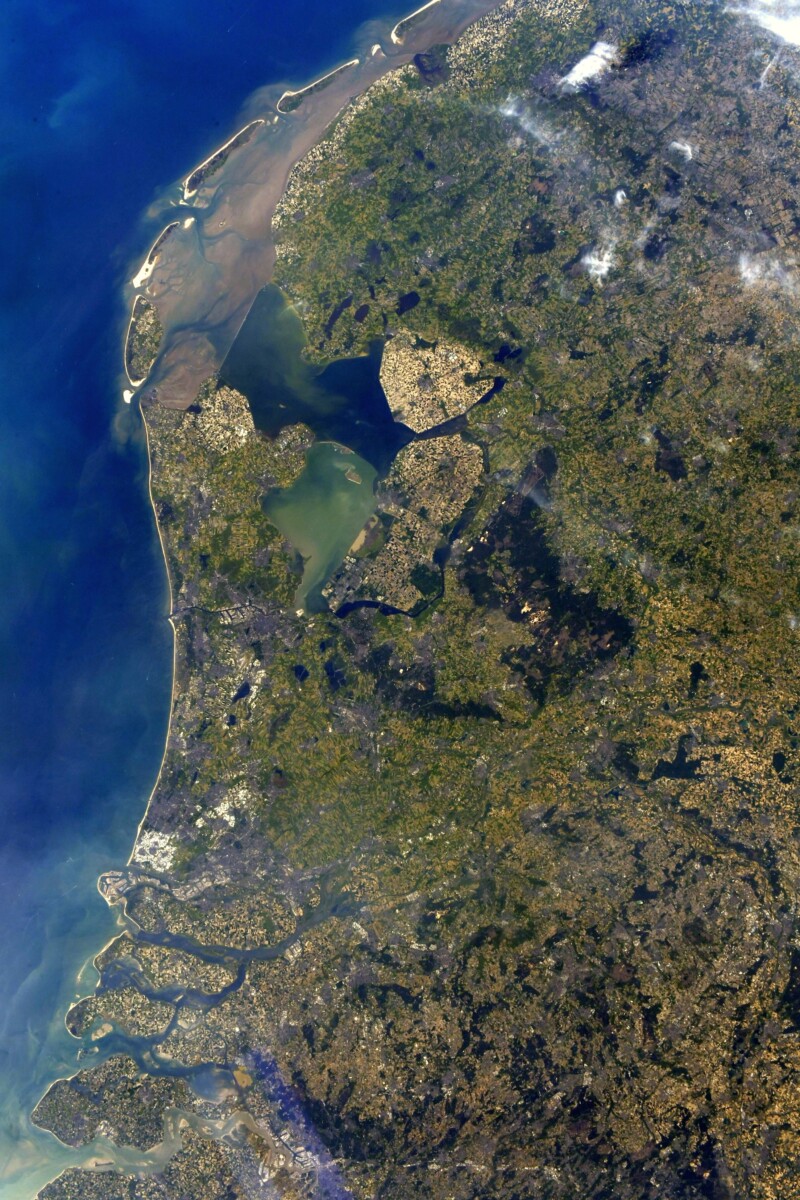 In recent decades, space telescopes and satellites have captured beautiful images of nebulae, galaxies, stellar nurseries, and planets. Every weekend we delete one or more awesome space photos from the archive. This is the third article in the series, but you will soon be able to find all the photos on this page.

Receive the best photos from space and interesting popular science articles every Friday. Get Free Scientias Magazine with 50,000 other people.