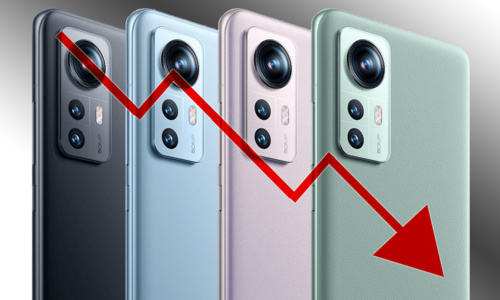 At the beginning of March, it became clear that Samsung was limiting the performance of many of its smartphones, and there was nothing users could do about it. Now, Xiaomi appears to be adopting such practices as well, according to Geekbench developer John Poole. He tested it on a Xiaomi Mi 11.

It is likely that the name of an application will be examined by the Xiaomi software to determine if there is strangulation must take place or not. Poole used the usual Geekbench app and a modified version of it, “disguised” as the popular Fortnite game. In the benchmark test with the disguised app, it scored significantly lower: around 30% lower single-core scores and around 15% lower multi-core scores. This also happened when the Geekbench app was renamed Genshin Impact.

The same device scores significantly lower when the benchmark app is disguised as “Fortnite”.

This indicates that specific apps always get lower CPU performance, regardless of power consumption or CPU temperature. Conversely, you could say that benchmark apps are allowed to exceed standard limits – further testing would be needed to definitively determine which of the two it is.

Shortly after similar behavior was discovered on Samsung devices, the Korean manufacturer released updates to give Galaxy owners more control over the performance of their smartphones. It remains to be seen whether Xiaomi will also offer such an answer.

“Xiaomi applies temperature management strategies to ensure the best product experience, especially with demanding apps that are often used for long periods of time. In many of our devices, we offer 3 types of performance mode, allowing users Adjust the Balance Between Performance and Energy Efficiency At the system level, all application performance optimizations weigh on many critical factors, such as power consumption, performance, and thermal impact.”