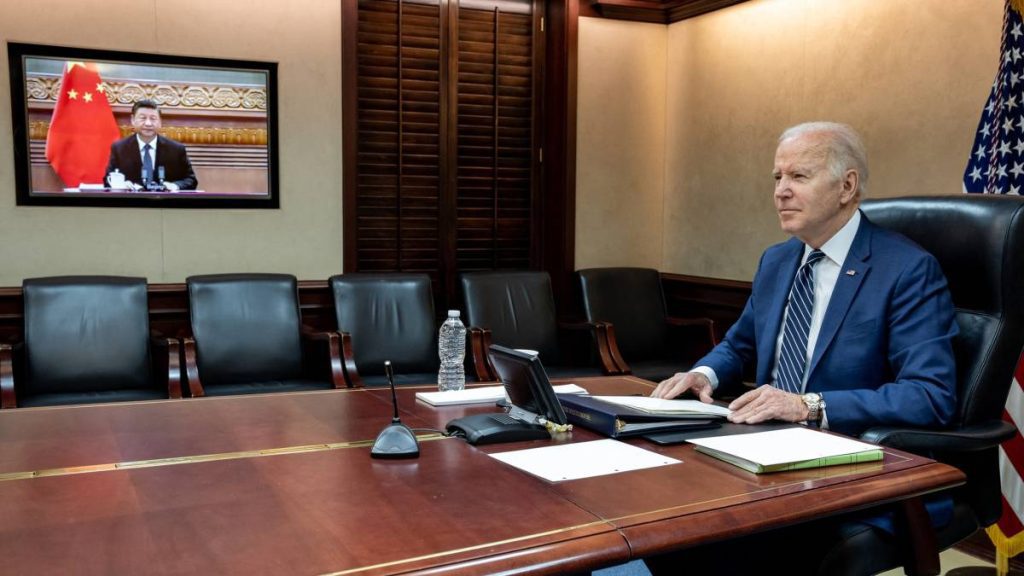 Chinese President Xi Jinping has warned his US counterpart Joe Biden not to “play with fire”. This warning concerns a possible visit to Taiwan by United States House Speaker Nancy Pelosi.

Xi strongly opposes such a visit to what he believes to be a renegade Chinese province, and he made that clear during the fifth phone call between him and Biden. Besides the issue of Taiwan, the Russian invasion of Ukraine, the climate and the difficult trade relations between the United States and China were also discussed.

According to the White House, the two presidents have instructed their staff to arrange a follow-up to today’s conversation. “Especially on topics like climate change and public health.”

Xi stressed that China is against Taiwan independence and outside interference, Chinese state media reported. He also said a visit by Pelosi, after all a sign of US support for Taiwan, would have consequences. “Whoever plays with fire will only get burned,” he said, according to state media. “I hope that’s clear for America.”

Biden stressed that US policy toward Taiwan has not changed. Washington strongly opposes unilateral efforts to change the current situation, the White House said in a statement. He also states that the United States opposes undermining peace and stability in Taiwan.

“A faltering economy, a real estate crisis, problems in the financial sector and a covid policy that is starting to show cracks: Xi has his hands full in trying to steer the Chinese ship to calmer waters. Especially in this year, when he has finished the most important political post hopes to brighten up his career: at the party congress this autumn, he hopes to obtain an unusual third mandate at the head of the party, a year in which, more than ever, he cannot afford to make weak appearances, especially when it comes to the US.

The tone Xi is using toward Biden in Taiwan, according to the Chinese statement, is hardening, and the risk of further escalation or miscalculation increases. But even shortly before the Party Congress, Xi will likely have little interest in a military adventure around Taiwan, the outcome of which is uncertain.”