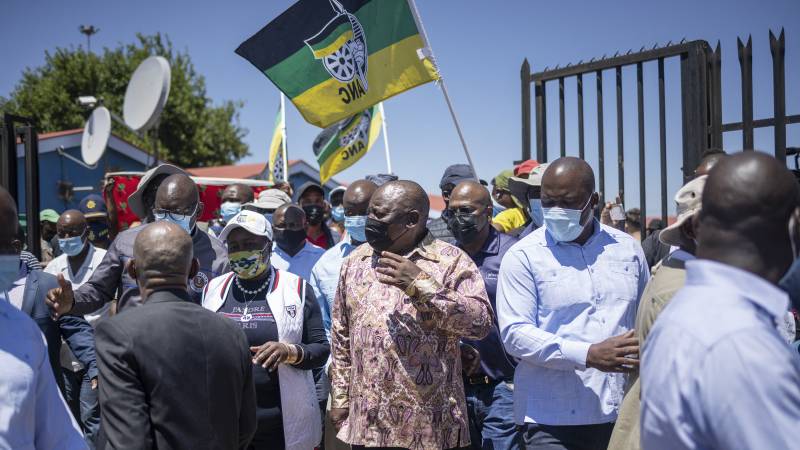 South Africa’s ruling ANC party had its worst election result since the abolition of apartheid in 1994. In municipal elections, the party won just 46% of the vote. This is considerably less than the previous low, in 2016, when the party of the late Nelson Mandela only managed to attract 54% of voters.

Teased by the corruption scandals years and punished for the lack of solutions for poor basic services in much of the country, the ANC has seen its power dwindle for some time. The fact that support has fallen below 50% is a blow to the party which has been by far the largest in South Africa for nearly three decades.

For a long time, it was unthinkable that the ANC should share power at the national level in a coalition or be forced into opposition. This moment is not yet reached, but it is also due to the fact that the main opponents of the ANC are still attracting fewer voters, despite the constant decline of the ANC.

This is also the case for these municipal elections. The country’s second-largest party, the Democratic Alliance (DA) – synonymous with a privileged white minority for many South Africans – is blocked at 22% of the vote. The third party, the Economic Freedom Fighters (EFF) of the radical left of Julius Malema, which has black supporters, also does not get more than 10 percent.

Most voters did not go to the polls at all. Election day was designated as a public holiday to encourage people to vote, but only 47% of eligible voters voted. This is more than 10 percent less than in the previous elections, and this is explained as an alarming signal about the lack of political commitment of the voters.

For the ANC, the results of these municipal elections mainly mean that the party has less influence in municipal councils and is also allowed to provide fewer mayors in large and small towns. President Ramaphosa recognizes that this will inevitably mean that his party will have to form coalitions in the big cities.

“If we are to make this into a new and better era, we as leaders will have to put aside our differences and work together,” the president said. In at least sixty municipal councils, no party has succeeded in obtaining an absolute majority. New, smaller parties, such as ActionSA in Johannesburg, can therefore play an important role in coalition building.