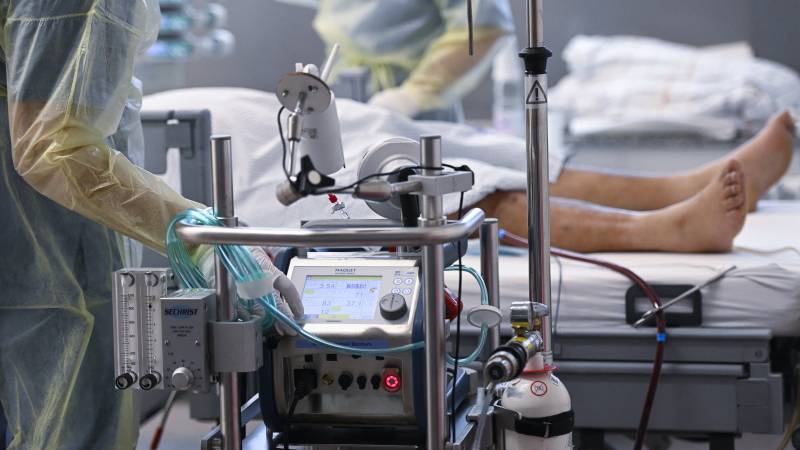 According to British research, the risk of being hospitalized with the omikron variant appears to be considerably lower than with the delta variant. According to an ongoing Imperial College study, presented today in London, you are around 45% less likely to be hospitalized for at least a day. What this means for the health care burden is not yet clear.

“What you can conclude is that this variant is much less cloying than the delta variant. In that regard, that’s good news,” says epidemiologist Alma Tostmann. “We have already seen this a bit with the data from South Africa.” She argues that this does not mean that the variant results in fewer hospitalizations. “The bad news you have to deal with is that with a high number of infections, you will always end up with a lot of hospitalizations.”

UNWTO medical microbiologist and member Marc Bonten also read the study with great interest. He considers the results to be “the most reliable data to date”. “This is a large database from England and it turned out that they also had the right guess pretty quickly for the alpha variant and the delta variant.”

Like Tostmann, Bonten is partly positive, but also has a caveat due to the higher contagiousness. “You have to compare those results with the number of people infected. If it’s twice as much as with the delta variant, you have just as many people ending up in the hospital.”

Bonten says that this variant is already known to spread much faster than the delta variant “because it is likely inherently more contagious and our immune system functions less well. In any case, these data suggest that it is. slightly less pathogenic “.

Tostmann warns that the new data certainly doesn’t mean that unvaccinated people now have to worry less about ending up in hospital. “You are less likely to end up in the hospital than with the delta variant, but the risk is still much higher than if you were vaccinated.”