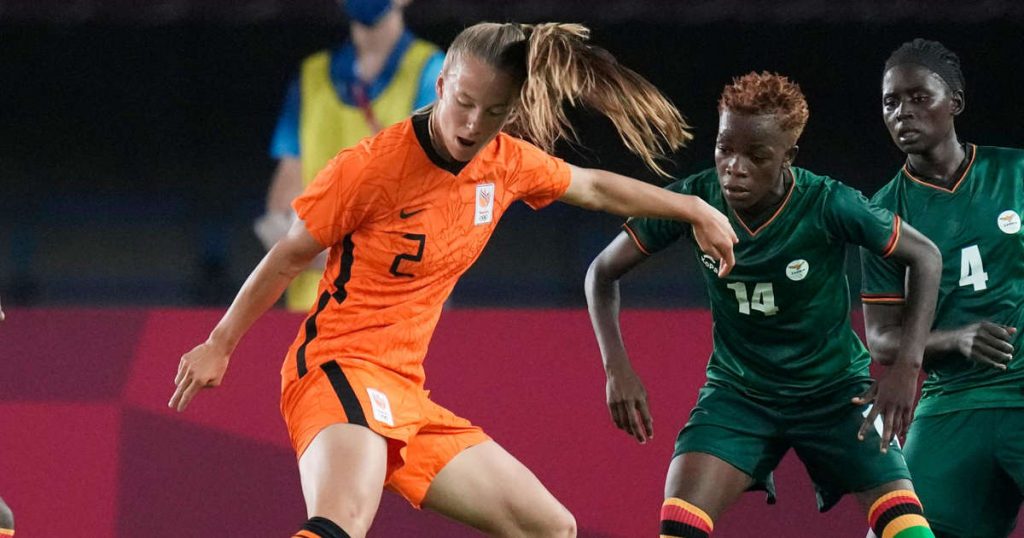 
Orange international Lynn Wilms will not be able to play in the coming months. The defender is absent with a back injury that did not prevent her from competing in the Olympics.

Wilms was three times in the starting XI for Orange Women in Japan, most notably in the quarterfinals against the United States, lost on penalties. According to his club VfL Wolfsburg the right-back already had back problems before the start of the tournament.

Wolfsburg took over Wilms, 20, from FC Twente this summer, but have to wait a few more months until she is in good shape. “This diagnosis is bitter news for our team and of course for Lynn,” said Ralf Kellermann, sporting director of the German club.

Kellermann then seems to mock the medical surveillance of the KNVB. “Being in the Olympics is a highlight for any footballer and we wished our participants the best possible success. Of course, even in such an important tournament, the health of the players must come first. Now it is important to support Lynn at best. we can during his rehabilitation. “

Wilms has sixteen international matches (one goal) for the Orange to his name. The Olympic Games were the first major tournament for the player from Tegelen in Limburg.

Due to her injury, she will also have to miss the next World Cup qualifiers with the Orange. On September 17, the Netherlands will play for the first time at home against the Czech Republic under new national coach Mark Parsons, after which an away game against Iceland is scheduled four days later.