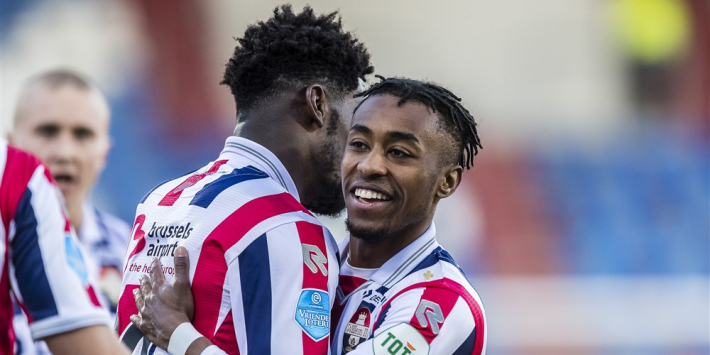 July 3, 2021 – Mike Trésor is well on his way to the release of Willem II. The 22-year-old forward will have space to make a transfer and therefore will not play in a practice match on Saturday afternoon. In all likelihood, Trésor will work for KRC Genk.

Mike Trésor Ndayishimiye, as the forward’s full name is, has been associated with a move to Genk for some time. Coach John van den Brom’s club have to plan for transfer fees as the 22-year-old Belgian striker at Tilburg has an open-ended contract. His current contract with Willem II will run for another two years, until mid-2023.

A three-year Dutch adventure will soon come to an end for Trésor. The striker was trained by RSC Anderlecht and moved to the NEC in the summer of 2018. A year later he left for Willem II on a hire basis, which stipulated an option to buy. Trésor made a strong impression in his first season in the Eredivisie and was definitely recruited by Willem II.

Last season, Trésor shared Willem II’s unease. The forward did not reach his level a year earlier and even found himself on the bench for a while. In Genk, he gets a new chance in Belgian football. Van den Brom’s club finished second last season and qualified as runners-up for the Champions League third qualifying round.