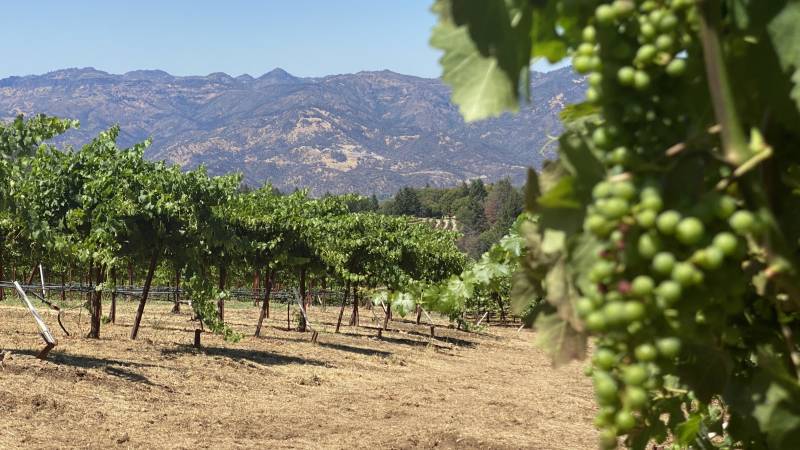 As the wildfire season approaches, California is once again going through a period of exceptional drought. Conditions are now even worse than a year ago, said Ben Nichols, fire chief of the famed Napa Valley wine region. And then, in August and September 2020, California experienced the worst fires in modern history.

“This spring we had about 1,000 more fires statewide than in a typical year,” Nichols said. “The number of places where fires are breaking out is skyrocketing.”

The nervousness about what will happen in the coming weeks has not gone unnoticed by President Biden. He announced today that the California Fire Department will earn more. “We are lagging behind and neglected the fight against the fires,” Biden said. Firefighters who only work during the dry season will be assigned a permanent position.

“Look, this whole ridge is black. We saw the fire go through the mountains, it was shining all night.” From Sheldon Richards’ cellar, you gaze three sides out into the valley above the city of Napa, a good hour’s drive from San Francisco. Several vineyards around Richards caught fire last year. “The fire came from three sides,” he says from his terrace. “We were very lucky.”

Fires have become a part of life here, says Richards. In four of the past five summers, there have been fires around his home and business. “After six years of drought, between 2009 and 2015, the withered branches had piled up in the forest. It had become small wood. It only took a spark and the trees became giant torches of fire. . Persistent drought and wind do the rest. “

Dozens of Richards’ neighbors have lost their homes, with all the memories in it. “It’s the worst,” says the winemaker. “And on top of that, everyone loses their harvest, too,” he says. His vines are still there, but due to smoke damage the 2020 grapes were no longer usable. “The vines that burned also lost the harvest from previous years, which was still in barrels.”

On the road with Fire Chief Ben Nichols, it looks like the winemakers may be getting ready for the weeks to come as well. Normally, the season of drought and higher fire risk lasts from June to September. “But in recent years, it starts as early as April and continues until November, sometimes even January,” says Nichols. His men were put to the test this spring, and the real work has yet to begin.