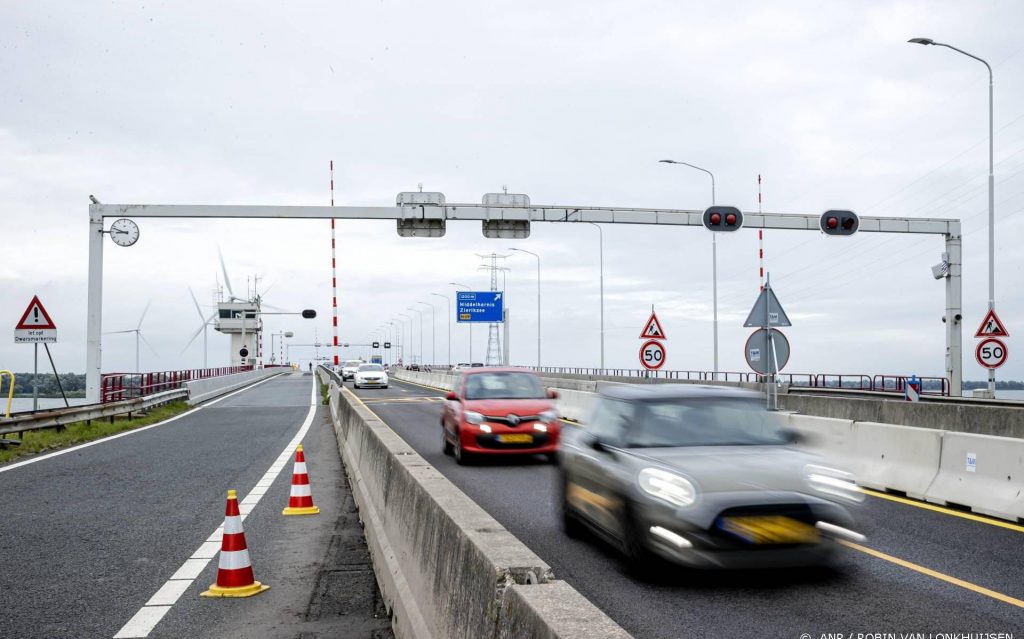 From Monday, the left lanes of the Haringvlietbrug will be wider than before in both directions. In recent nights, the passing lane has been widened by 40 centimeters, from 1.95 meters to 2.35 meters.

Rijkswaterstaat decided to do it because motorists were having difficulty with the narrow lanes. Overtaking was therefore difficult, especially when a truck had to be overtaken. After analysis and complaints from road users, it appeared that the development of narrowed tracks was desirable.

The traffic conditions on the Haringvliet Bridge have been adjusted since August 23, as the high traffic causes the 700 clamps that secure 210 aluminum plates to the bridge, due to the vibrations. The amount, weight and speed of the traffic determine the strength of the vibrations, and therefore the likelihood of the plates coming off the bridge. That is why the maximum speed on the bridge was reduced from 100 to 50 kilometers per hour, the lanes were narrowed and the parallel lanes closed to cars. The bridge, which connects Hoeksche Waard with Goeree-Overflakkee and Noord-Brabant, opens once a week for heavy traffic.

The situation on the bridge will last until 2023, when renovations are planned.