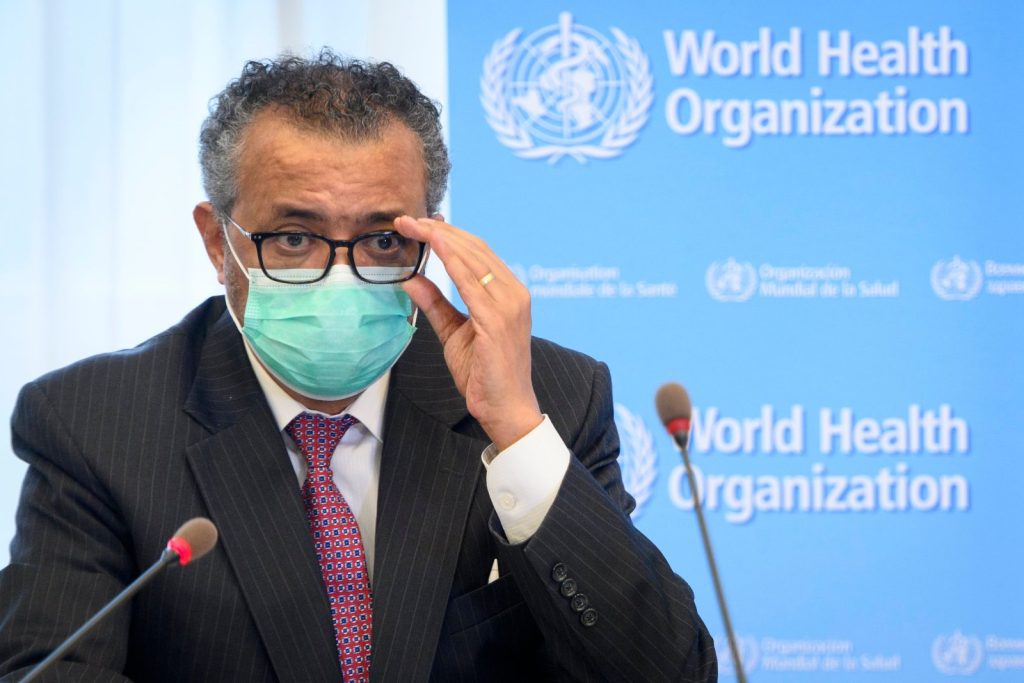 Member states of the United Nations World Health Organization (WHO) yesterday took the first step toward what many governments are hoping for in a legally binding treaty to strengthen global defenses against pandemics. A pandemic treaty. It sounds promising, but it might not be. Even before the first talks began, the United States and other countries lobbied for a weaker mechanism that would not impose any legal obligations on member states. Or: It’ll probably go the same way as with the climate treaties – a lot of bleating and a little wool.

As the UN’s climate approach has clearly shown for decades, getting along is a slow process. And the pandemic has shown that when threatened, governments often tend not to think globally, but choose to fend for themselves.

A rare extraordinary session of the WHO’s governing body – only the second in history – agreed to create an intergovernmental negotiating body that would meet by March to begin negotiations on an international agreement to ensure a more coherent and equitable response to future pandemics.

WHO Director-General Tedros Adhanom Ghebreyesus is a strong supporter of a legally binding treaty and called the move “historic”. The commitment of countries to negotiate a global agreement “would help protect future generations from the effects of pandemics,” he added. He called it “a once-in-a-generation opportunity to strengthen the global health architecture to protect and promote the well-being of all.”

The key word here is “luck”. After all, the decision marks only the beginning of what promises to be difficult negotiations to achieve consensus among the 194 member states of WHO. The deal calls on negotiators to return the outcome of their deliberations by May 2024.

Target already weakened by US and other countries

The European Union and Great Britain have been calling for an ambitious treaty with the force of law for months. The discovery of the Omikron variant, which sparked a new wave of travel regulations and border closures, primarily targeting South African countries where the variant was first identified, has renewed criticism that countries of the world are a mosaic of measures manipulating and acting in a discriminatory manner.

“There is no better response to the rise of the Omikron variant than this coming together of the international community behind efforts to strengthen the legal framework that underpins our collective response to pandemics,” said Simon Manley, Ambassador British in Geneva, on Twitter. The United States described the initiative in a statement as “a momentous step,” but with the support of Brazil and other countries, it immediately refused to commit to anything legally binding.

China only “in principle” in history

The international agreement – if it ever does happen – aims to prevent a repeat of the “fragmented and broken” steps by nations that have weakened the global response to Covid-19. Supporters of a treaty want commitments to share data, virus samples and technology and to ensure equitable distribution of vaccines.

These issues raise politically sensitive questions about national sovereignty over access to epidemic sites and about possible research into the origins of the disease – already a source of tension between Western governments and China, which has resisted attacks. calls for an independent investigation into the rise of Covid-19. in the Chinese city of Wuhan in early 2020. China said this week it “in principle” agrees with the ideas behind the treaty, but immediately warned against what it calls “politicization, stigma and instrumentalization “.

The decision of yesterday’s meeting will lead to the creation of an “intergovernmental negotiating body” to draft and negotiate the final treaty, which will then have to be adopted by member states. The negotiating group will meet for the first time on March 1, according to the WHO. It will also hold public hearings to inform its deliberations and prepare progress reports.