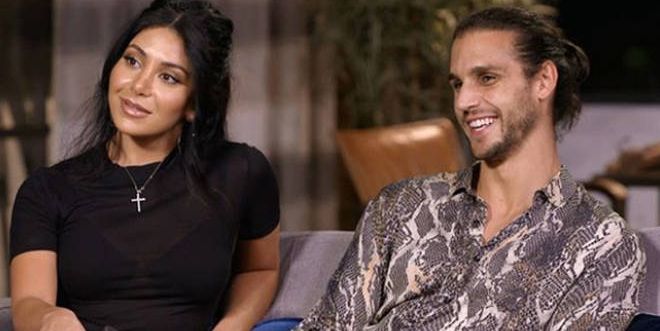 Glamour Each loves reality shows Temptation Island (VIPS), Ex on the beach: double dutch in Love island and she comes out for that. No guilty pleasure. Only pleasure. She keeps you up to date with the latest juices, drama and hilarity.

I know I know I’m late for the party. Married at first sight has been a hype for years. And yet this year I decided – if I’m honest, out of boredom – to follow the Dutch season. I was positively surprised with the concept, which isn’t as crazy as I imagined (okay, a bit, though). But I didn’t feel like waiting for a new episode every week and decided to watch the show’s Aussie brother in the meantime. And I’m glad I did because Married at first sight in Australia is fantastic.

Honestly, MAFS Australia has it all: drama, lies, mystery, adultery, hard times, love, humor, twists and turns, people with fantastic accents, EVERYTHING. And the concept is just a lot better worked out, if you ask me. You get fewer applicants before their wedding day, but go straight to the wedding day and get to know them automatically. The biggest difference with the Dutch version is what happens after the honeymoon: all couples meet weekly having dinner and receive some kind of relationship therapy from the experts the next day. You can guess: a whole bunch of dramatic singles trying to start a relationship and at the same time need to be able to walk through a door together, creates a lot of drama. And a very entertaining television.

Season 4 to season 7 is open Videoland. Now if you’re thinking: damn, this sounds like a good reality TV show, I want to watch it – then I have one more tip for you. MAFS Australia Season 6 is the best. Season. To go. Times. So the only question now is: will you start with season 6 (so you immediately set the standard very high), or do you look at the other seasons first to end on a high?

Elke Cremers
Collaborative digital writer
Elke Cremers is a digital editor at Glamor and has the scoop for you everyday in the celebrity, fashion, beauty and lifestyle arenas.