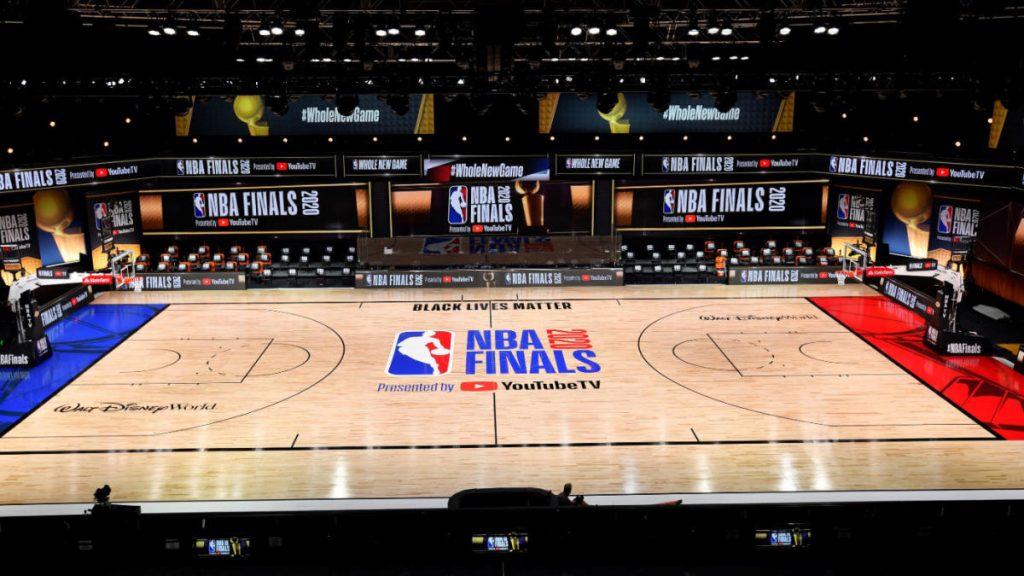 The finals of the NBA season are fast approaching. The culmination of the regular basketball season has seen some fantastic excitement.

Betting on the NBA finals will add even more intrigue to the conclusion of the championship.

But who are the teams tipped to go all the way in the finals?

The Brooklyn Nets are many experts tip to do well in the playoffs and take the overall championship.

The Nets compete in the Atlantic Division of the Eastern Conference. Across the season they have shown flair and endurance and a determined look. With star player Kevin Durant recently back to bolster the defense, the Nets look in great shape.

The Nets also have Kyrie Irving showing excellent form, along with Blake Griffin and James Harden.

It seems likely that the Nets will head into the playoffs as winners of the Eastern Conference. That result will allow the coaching staff to rest key players in the lead up to the playoffs, to ensure maximum fitness.

The Lakers are never far away from tipsters’ thoughts when it comes to end of season predictions. The LA team have been heavily reliant on the services of key player LeBron James since he signed in 2018. The four-time NBA champion is certainly a legend of the game.

However, James is suffering with a recurring ankle problem. How well he manages to shake it off could be a major factor in his team’s playoff chances.

The fact that James averages 25 points per game when he plays outlines his overall value. If the Lakers can carefully guide him to fitness, they will be among the favourites for a long run.

The Lakers also look to Anthony Davis for points on the court. He too has had his injury problems throughout the season, but looks to be on course for full availability. If both star players can be picked, the Lakers will be many people’s prediction for holding onto the championship they won last year.

Another team widely tipped to enjoy a great chance of doing well in the playoffs are the Los Angeles Clippers.

The Clippers have made 13 previous playoff appearances, but the LA team has never won a championship before. With superstars such as Paul George and Kawhi Leonard on their books, the Clippers look like an excellent prospect.

George was in the running for the MVP award two seasons ago. This season he has been excellent, scoring at least 23 points out of 10 of the previous 11 games. This run also included five games where he scored over 32 for five games in a row.

Leonard operates brilliantly in offence and defense. The star two-way player is a major part of the Clippers success so far this season. If both he and George can remain in contention for the playoffs, they have every reason to be optimistic.

Anyone looking a bit beyond the top three current contenders for the title might well consider the Milwaukee Bucks.

The Bucks have one of the most highly gifted players in the world in the shape of Giannis Antetokounmpo. He won the NBA MVP award back-to-back in 2019 and 2020 and is a championship calibre player.

Jrue Holliday is another big name in the Milwaukee Bucks line-up. Averaging over 17 points a game throughout the season, he is hugely important to their chances.

The Philadelphia 76ers are another team likely to attract a fair number of wagers. The 76ers are currently top of the Eastern Conference, above the Nets. Star players Joel Embiid and Ben Simmons have been recorded exceptional scores in recent weeks.

If the 76ers can continue the sort of form they have delivered throughout the season they could continue to surprise more favoured teams.

Amongst the dark horses for a good run in the playoffs could include the New York Knicks. The Knicks have been enjoying an excellent season with highly rated head-coach Tom Thibodeau. Firmly in contention for coach of the year, Thibodeau has managed to balance out the various strengths of the line-up brilliantly.

The Knicks also have the best defence in the league for scoring points. When you add stars like Julius Randle and Dereck Rose into the mix, it’s clear they have an excellent chance. The team could certainly upset any higher place teams they enter the draw with.

Another possibility for a longer shot at playoff success could be the Boston Celtics. The C’s look as they have a chance of avoiding a precarious play-in tournament to compete in the play-off by virtue of fourth spot in the Eastern Conference.

The side has been doing everything possible to ensure this in recent weeks, with a great result against Orlando Magic showing what they are capable of.

Also vying for a place along with the Knicks, the Eastern Conference is going to be a fascinating competition to watch. This goes for the playoffs too, with so many teams coming into good form at just the right time.

As with previous years, there can always be the potential for many surprises along the way. By watching and engaging with how it all pans out, NBA fans are sure to be right at the heart of the gameplay.