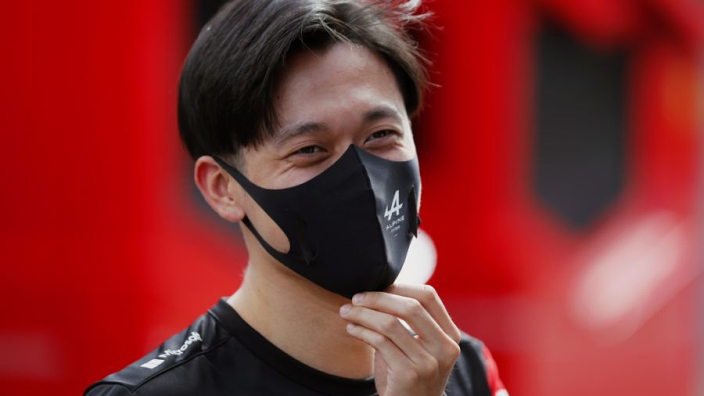 The Formula 1 field for the coming season has been quite shaken up over the past twelve months, but only one new face will be added: that of Guanyu Zhou. In this new special, we take a look at the history of this future first-class pilot.

Zhou will drive for the Alfa Romeo team next season, where he will sit alongside Valtteri Bottas. The Finn, meanwhile, comes from Mercedes, where he has been at the forefront for five years. The young Chinese will therefore immediately have a lot of work from his team-mate, but also immediately the opportunity to learn a lot from him. The Swiss racing team have a whole new roster, because in addition to the retirement of Kimi Raikkonen, Antonio Giovinazzi has not been extended either.

The 22-year-old driver was born on May 30, 1999 in Shanghai, China. Zhou began his motorsport career in 2007 in karting, like most Formula 1 drivers. He remained active in the sport until 2014, when he traded Shanghai for London in 2012 to compete in the championships. from Europe. In 2013 he became the champion of the British and European junior championships Rotax Max. The following year, he was admitted to the Ferrari Driver Academy.

In 2015, Zhou joined the Italian Formula 4 Championship, driving Prema. With a total of nine podiums, he finished second here in his debut season. At the same time, he took part in several races in the ADAC Formula 4 championship. The following year he moved on to the Toyota Racing Series in New Zealand, where he finished sixth in the championship. He also made his debut in the Formula 3 European Championship, but here he did not pass thirteenth place.

Zhou continued to drive in Formula 3 in 2017, but switched to the Prema team. That season he was on the podium more than once, but the victories were not forthcoming. These were again employed by Prema in 2018. In total he has recorded two wins to his name, but due to mixed results this season he has not passed eighth place.

Zhou is no stranger to the traditional motorsport scale. The following year he switched to Formula 2, where he began driving for the UNI-Virtuosi Racing team, which was also making its debut. Several podiums earned him seventh place in the championship and the Anthoine Hubert award for rookie of the year. In 2020, he recorded his first victory at the Sochi Autodrome. With five podiums remaining, this gave him sixth place in the final standings. This year he finished third, behind Robert Shwartzman and Oscar Piastri.

Zhou is the only Formula 2 driver to spend this winter in Formula 1. He is also the first Chinese Formula 1 driver in the history of the sport. From a marketing point of view, it is therefore certainly attractive for Alfa Romeo. His promotion has drawn some criticism, in part due to rumors that he will pay 30 million for his seat, when, for example, Formula 2 champion Piastri will not get a seat. Alfa Romeo team manager Frédéric Vasseur acknowledges Zhou was an attractive sponsorship choice, but dismisses the 30 million rumors as nonsense. In addition, his talent is essential, according to the French.